George was born in Sydney, Australia, to actor and producer Vincent D'Onofrio and actress Greta Scacchi, and raised by her mother in Brighton, East Sussex, U.K. In 2008, she had acting classes at Brighton College. The following year, she attended Crawley College, her mother's alma matter, and in 2010, studied at the Arts Educational Schools, London. In 2011, she went to Australia to study at Sydney Film School. In 2012, she went to the United States to study at the Lee Strasberg Institute in New York City near her father.

In 2013, George worked as an additional camera operator for The Last Impresario documentary. In 2014, she with her mother was starring in Anton Chekhov’s The Seagull for Black Swan Theatre Company in Perth. Her mother acted as Arkadina, and she acted as Nina, Arkadina’s love rival.

In 2016, she played the starring role in her first feature television film, Mother, May I Sleep with Danger?. She was featured in the films Mortal Engines (2018) and The Kid (2019).

George has been in a relationship with actor Sean Penn since 2016.

The contents of this page are sourced from Wikipedia article on 02 Aug 2020. The contents are available under the CC BY-SA 4.0 license.
View Leila George 's image gallery
Image Gallery 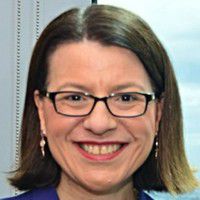