Leeann Tweeden was born as Leeann Velez Tweeden on June 13, 1973, in Manassas, Virginia, to Bill Tweeden, a retired Air Force Chief Mechanic, and his wife Catherine. She is of Spanish, Filipino, and Norwegian ancestry.

She graduated from Osbourn Park High School, Manassas, Virginia, in 1991.

After finishing her education, Tweeden moved to Colorado and worked as a hostess at a Hooters restaurant. In 1992, she won first place in the Venus International Model Search. The exposure from the contest gained her nation-wide fame. In 1993, she hosted the Venus Model Search competition.

Around that time, she relocated to Los Angeles, California, to pursue a career in the entertainment business, where she modeled for Frederick's of Hollywood. She also appeared on Hooters calendars in 1993 and 1994.

Tweeden was featured in Playboy's Book of Lingerie in the November/December 1994 issue (along with Jenny McCarthy, Ava Fabian, and Jamey Tetzloff). In August 1996, she was seen on the cover of Playboy magazine, as part of a fitness model pictorial for that issue. In December 2011, aged 38, she again appeared on the cover of Playboy.

In 2002, she was a guest character in 2002 motocross videogame Freekstyle as a motocross rider.

As part of Hooters' 25th anniversary in 2008, Tweeden was named among "The Top Hooters Girls of all time".

In 2005, Tweeden moved part-time to Charlotte, North Carolina, to host the NASCAR lifestyle show, NASCAR Nation, on SPEED. For the show, she interviewed many famed celebrities including Will Ferrell, Jamie Foxx, and Lisa Marie Presley.

In 2008, she became the third hostess of the NBC late night television series Poker After Dark. Over the course of 3 years, she hosted 50 episodes of this poker show.

Tweeden has also appeared on the political discussion series Hannity, (Sean Hannity) as a member of the "Great American Panel" (2009-2013). In 2011-2012, she appeared as a guest panelist in 13 episodes of Fox News Channels' Red Eye w/Tom Shillue.

In 2012, she was also seen in pre- and post-game coverage of the Los Angeles Angels of Anaheim on Fox Sports West and on Fox Sports 1's UFC Tonight, with Kenny Florian and Ariel Helwani.

On February 7, 2017, Tweeden joined the cast of the Los Angeles morning radio show Doug McIntyre's McIntyre in the Morning on KABC, 790 AM as the news anchor.

In November 2017, Tweeden was seen as a guest in an episode of The Lead with Jake Tapper. In the same week, she was also seen on The View alongside the other guest Bob Saget.

In 2020, Tweeden was seen in the role of a regional news anchor in Ric Roman Waugh's thriller Greenland, starring Gerard Butler and Morena Baccarin. She had played a similar role earlier also in Eruption: LA (2018).

In 2009, Tweeden became the public face of the website Rethinking Autism, which uses a series of videos to educate the public about autism.

In November 2017, Tweeden made sexual assault allegations against the United States Senator Al Franken. In a 16 November 2017 interview with 790 KABC, she made claims that Franken had forcibly tried to kiss her during a rehearsal while she was on her ninth USO tour in 2006. She further alleged that while she was asleep, Franken posed for a photo with his hands on her chest. "I felt violated all over again. Embarrassed. Belittled. Humiliated."

In response to her allegations, Al Franken apologized saying, "I certainly don't remember the rehearsal for the skit in the same way, but I send my sincerest apologies to Leeann. [...] As to the photo, it was clearly intended to be funny but wasn't. I shouldn't have done it."

Tweeden considers herself fiscally conservative and said that she voted twice for President George W. Bush. In a 2011 appearance on Hannity, she voiced her support for Donald Trump's campaign to compel President Barack Obama to produce his birth certificate to prove his citizenship.

Since 2002, Tweeden has participated in 16 tours with the USO including 12 to Afghanistan and Iraq.

Tweeden met her husband, Chris Dougherty, a pilot for the California Air National Guard, while she was doing a USO tour. They married on 4 July 2010 and have two children: Kane Phoenix Dougherty (born 9 September 2013) and a daughter Kaia Vale Dougherty (born 16 September 2015). The family lives in Los Angeles, California.

To cite the article
Citation
We strive for accuracy and fairness. If you notice a mistake, please contact us. Below the article, you will find links to the references used.
View Leeann Tweeden 's image gallery
Image Gallery 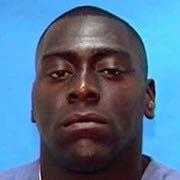 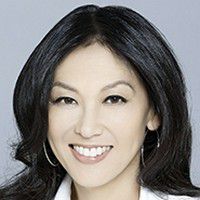