He scored debut and second goal consecutively came on 13 May 2009, against National League side Incheon Korail in the first round of Korean FA Cup 2009. 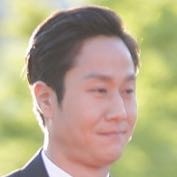