Lee Jung-Youl (born August 16, 1981) is a South Korean football player who plays for Daejeon Citizen.
His previous clubs were Incheon United, Seongnam Ilhwa Chunma and Chunnam Dragons.
He was part of the South Korea football team in 2004 Summer Olympics, who finished second in Group A, making it through to the next round, before being defeated by silver medal winners Paraguay. 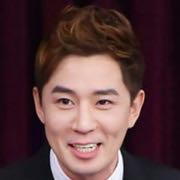