Lee Jai-jin (Korean:이재진, born July 13, 1979) is a South Korean singer and dancer. Jai-jin is the sub rapper and main dancer of the South Korean boy group Sechs Kies, and served as the group's choreographer. Sechs Kies disbanded in 2000 but made a long-awaited reunion on 'ToToGa 2' special of 'Infinite Challenge' and signed with YG Entertainment in 2016.

He and Kim Jae-duck formed a dance crew called ‘’Quicksilver’’ in their hometown of Busan and had submitted an audition tape to Daesung Entertainment. It was revealed later that Kang Sung-hun, who had watched the audition tape, chose him as a member for his superior dancing skill and good looks.

Lee Jai-jin debuted as a Sechs Kies member under Daesung Entertainment in 1997. Along with Kim Jae-duck, he created the choreography for most of Sechs Kies' music videos. Since he was timid, he spoke less in the TV programs. Sechs Kies achieved great success and became an icon of the 1990's Korean idol groups. However, Sechs Kies suddenly disbanded in 2000 after finishing their fourth album promotion.

After Sechs Kies disbanded, Jai-jin was the third member from Sechs Kies to begin a solo career. He released his first album, entitled S.Wing with a hit song Double J in 2001. He released the following album, 002 J2 with a title song Go back in 2003. However, it failed to see a great success compared to when he was performing as Sechs Kies. After 3 years of hiatus, he subsequently released his third album, entitled It's New with the hit song Charge in 2005. In 2006, Jaijin entered the military and stopped his solo career.

After being released from the army, Jai-jin decided to leave the entertainment industry and study drawing in Japan. In 2011, Jaijin participated in BigBang's Special Edition album, drawing illustrations for five members. In 2013, Jai-jin cooperated with his brother-in-law to open a new restaurant, School Food, in YG Entertainment-owned building. In 2015-2016, he participated in group exhibitions, 상상연대 2 (Imagination Alliance 2) and 상상연대 3 (Imagination Alliance 3), in GALERIE GAIA under his pseudonym 한조(hanzo).

SechsKies held a comeback concert on September 10 and 11 at the Olympic Gymnastics Arena and all 20,000 tickets for the concert sold out in only 5 minutes. On October 7, Sechs Kies released their new digital single "Three Words " after 16 years. The single topped all 8 major Korean music charts shortly after release. It also ranked high in Asian music charts and iTunes charts in Taiwan, Hong Kong, Singapore, Malaysia, Thailand and others.

On August 19, Jai-jin joined SBS's variety show 'Flower Crew' with Eun Ji-won because of funny and frank performance in Infinite Challenge. However, they left Flower Crew to focus on group promotions.

On November 23, YG announced that SechsKies' new album will be released on December 1, 2016. The new album "2016 Re-ALBUM" contains 10 past hit songs of SechsKies that were rearranged and remastered by YG producers, and is prepared a special gift for fans.

SechsKies continued the Yellow Note concert tour on December 10 in Daegu and on December 24–25 in Busan. On October 31, all SechsKies tour concert seats for December were sold out within a few minutes.

On December 16, YG announced SechsKies is to hold a "Yellow Note Final in Seoul" concert on January 21 and 22 at the Jamsil Indoor Stadium. On December 22, all 13,000 tickets were sold out within three minutes.

Yang Hyunsuk, the founder of YG Entertainment (also the company Jai-jin signed with) is Jai-jin's brother in law.

In 2006, he worked in a game development company as a skilled industry personnel to fulfill his military duty but this was later cancelled by the Military Manpower Administration on the grounds of working in web design rather than designated fields, such as information processing or game software development. He went to court to appeal this decision but lost. As a result, Jaijin entered the military again on August 25, 2008. While serving, he was treated for psychiatric issues because of parents' death. He was granted a short vacation from duty on March 2, 2009. He was supposed to return on March 6, 2009, but he never reported back and cut off all contact with family and friends.

On April 8, 2009, he was found by military police investigators in a Daegu motel which is located at the hometown of his parent. In June 2009, he was sentenced to two years of probation. After the trial, he was sent back to his unit and had to serve extra days to remedy for the period he went missing. On August 10, 2010, he was released from the army.

1Another artist with the same name. 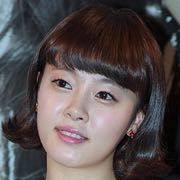 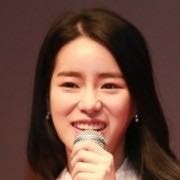