Leandro Rodrigues Tavares also known as Leandro Tavares (born 25 January 1975) is a retired football midfielder who played for several clubs in the Campeonato Brasileiro Série A and the Mexican Primera División. He also participated for Brazil at the 1991 FIFA U-17 World Championship finals in Italy.

Born in Belo Horizonte, Leandro Tavares began playing professional football with Clube Atlético Mineiro. He was loaned to Esporte Clube Democrata and Sport Club do Recife before he signed with Coritiba Foot Ball Club in 2000. After his first season, Coritiba loaned him to Sport Club Internacional and Sociedade Esportiva Matonense.

In 2003, he moved to Mexico to play for Colibríes de Morelos. 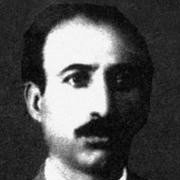