Le Than Bwa
The basics

The assassination paved the way for his ally Prince Min Nyo of Kale to seize the Ava throne three months later. However, he deserted Nyo at a critical juncture in the subsequent war between Nyo and Gov. Thado of Mohnyin in 1426, clearing the way for Thado's accession. Yet he never submitted to Thado, and exerted pressure on Ava by actively supporting the rebellion of Prince Minye Kyawhtin to the 1440s. But the Chinese invasions forced him to submit to Ava in 1444. He died in 1459/60, and was succeeded by his son Kham Yut Bwa with Ava's military help.

The royal chronicles mention nothing about his background. The first mention of Le Than Bwa in the chronicles is when he was already the sawbwa (ruler) of Onbaung (Hsipaw/Thibaw), a Shan-speaking vassal state of Ava, in 1425. Presumably, he was related to Tho Kyaung Bwa, the sawbwa of Onbaung in the 1400s and 1410s, and succeeded him. While Tho Kyaung Bwa was married to a niece of King Minkhaung I of Ava, and Le Than Bwa was offered the throne of Ava by Queen Shin Bo-Me, the chronicles do not explicitly say that Le Than Bwa was of Ava royal descent.

At any rate, Le Than Bwa was in charge of Onbaung in 1425. His principality marked the limit of Ava's sphere of influence as it was located next to Hsenwi, on the Chinese side. Though he ruled a peripheral state, Le Than Bwa would prove to be a central player in a scheme that plunged Ava into a deep political turmoil for the next two decades.

Le Than Bwa became involved the palace intrigues in 1425 when he was recruited by Queen Shin Bo-Me to assassinate King Thihathu. Chronicles say that although Bo-Me planned to place her lover Prince Min Nyo of Kale on the throne, she initially tried to win over Le Than Bwa by dangling the possibility of his taking over the throne. Although Le Than Bwa realized that the court would probably not agree to his kingship given senior princes like Prince Nyo waiting in the wing, he nonetheless agreed to execute Bo-Me's scheme. In August 1425, Le Than Bwa and his men ambushed and killed Thihathu at Aung Pinle (modern Amarapura, Mandalay), the location Bo-Me provided. The assassination paved the way for Nyo's accession three months later in November. At his accession, a grateful Nyo rewarded Le Than Bwa with lavish gifts.

Le Than Bwa was a senior commander of Ava forces in the subsequent war between Nyo and Gov. Thado of Mohnyin. At the start of the war in February 1426, Le Than Bwa and Gov. Thray Sithu of Myinsaing commanded Ava's defenses, on the eastern and western banks of the Irrawaddy, respectively. When Thado's forces broke through Thray Sithu's defenses, Le Than Bwa took over the overall command of the army at Sagaing, across the river from Ava. But he did not fight. He evacuated Sagaing when Thado gave him a substantial amount of gold and silver to leave the scene. Ava defenses collapsed afterwards. Other vassal rulers who manned the positions around Ava—the rulers of Toungoo, Taungdwin and Pakhan—too renounced their ties to Nyo, and withdrew to their respective regions. King Nyo and Queen Bo-Me fled the capital. Thado entered the capital on 16 May 1426, and proclaimed himself king.

Although he took Thado's bribe, Le Than Bwa, like many other vassal rulers, refused to submit to the new king. The sawbwa would keep the pressure on Ava by supporting an active rebellion in the core region of Ava to 1444.

Initially, Le Than Bwa tried to be the kingmaker of Ava. He tried to overthrow Thado by actively backing the rebellion of Prince Minye Kyawhtin, who had a strong claim to the throne. It was mainly his troops that powered Kyawhtin's expeditions to conquer Ava in 1426–1427 and in 1427–1428. The 1427–1428 expedition gained control of Pinle, a well defended town with high brick walls at the edge of the Ava capital region.

The control of Pinle led to Ava's recognition of Onbaung's independence a year later. After Ava forces failed to take Pinle in 1428–1429, Thado sent a mission to Onbaung. The king urged Le Than Bwa to withdraw his support of Minye Kyawhtin in exchange for forming an "alliance", essentially recognizing Onbaung's independence. (Thado also sent a similar mission to Yat Sauk Naung Mun, immediately south of Onbaung, to persuade its sawbwa to withdraw his support of Taungdwin and Yemethin rebellions.) But Le Than Bwa like his counterpart in Yat Sauk refused the offer.

Le Than Bwa chose to submit to Ava in 1444. What pushed him over the line was the Chinese military expeditions (into present-day Myanmar) that threatened Onbaung. To be sure, even before the Chinese incursions, his client Kyawhtin was barely holding on to Pinle. By 1443, Thado's successors kings Minye Kyawswa I and Narapati I had defeated long running rebellions in the north and in the south, leaving Pinle as the only holdout. Indeed, Pinle survived Ava's siege in 1443 only because of the Chinese invasions. In 1444, he sent an embassy to the Ava garrison at Kaungton to offer his allegiance to Ava. In 1445, he personally went to Sagaing to attend the opening ceremony of the Htupayon Pagoda that King Narapati had just built. (Minye Kyawhtin did not follow suit. The prince was driven out Pinle and Yamethin later in 1445.)

The sawbwa died in 1459/60. His son Kham Yut Bwa succeeded but the son shortly after was driven out by one of the vassal lords supported by the Shan state of Yat Sauk. Ava had to send a sizable army (8000 troops, 600 cavalry, 40 elephants) to Yat Sauk. The army was initially driven back by the combined forces of Yat Sauk, Naung-Mun, Mong Nai, and Nyaungshwe (southern Shan states) but eventually prevailed, and restored Kham Yut Bwa to the Onbaung throne.

The contents of this page are sourced from Wikipedia article on 17 Apr 2020. The contents are available under the CC BY-SA 4.0 license.
View Le Than Bwa 's image gallery
Image Gallery 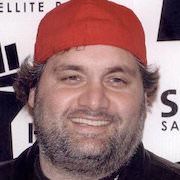 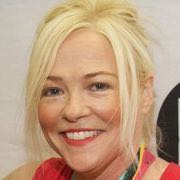 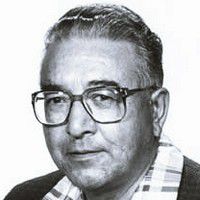