Lagin is best known for his ever-popular book Starik Hottabych (Старик Хоттабыч, Old Man Hottabych, 1938), a fairy tale telling the story of a genie who is freed from captivity by a Soviet schoolboy. The genie, as is to be expected, has some trouble in adapting to modern life values and technological development. The book was recommended to school libraries by Ministry of general and professional education of Russian Federation; it was made into the film Old Khottabych in 1956.

Lagin was also a screenplay writer, producing, for instance, the screenplay for the 1967 animation film Passion of Spies.

The contents of this page are sourced from Wikipedia article on 24 Apr 2020. The contents are available under the CC BY-SA 4.0 license.
View Lazar Lagin 's image gallery
Image Gallery 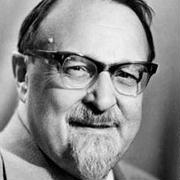