As a program manager and office director at the Advanced Research Projects Agency, Roberts and his team created the ARPANET using packet switching techniques invented by British computer scientist Donald Davies and American Paul Baran underpinned by the theoretical work of Leonard Kleinrock. The ARPANET, which was built by the Massachusetts-based company Bolt Beranek and Newman (BBN), was a predecessor to the modern Internet. He later served as CEO of the commercial packet-switching network Telenet.

Roberts, who was known as Larry, was born and raised in Westport, Connecticut. He was the son of Elizabeth (Gilman) and Elliott John Roberts, both of whom had doctorates in chemistry. During his youth, he built a Tesla coil, assembled a television, and designed a telephone network built from transistors for his parents' Girl Scout camp.

Roberts attended the Massachusetts Institute of Technology (MIT), where he received his bachelor's degree (1959), master's degree (1960), and Ph.D. (1963), all in electrical engineering. His Ph.D. thesis "Machine Perception of Three-Dimensional Solids" is considered as one of the foundational works of the field of Computer Vision.

After receiving his PhD, Roberts continued to work at the MIT Lincoln Laboratory. Having read the seminal 1961 paper of the "Intergalactic Computer Network" by J. C. R. Licklider, Roberts developed a research interest in time-sharing using computer networks.

In 1967, he was recruited by Robert Taylor in the ARPA Information Processing Techniques Office (IPTO) to become the program manager for the ARPANET. He prepared an initial design specification for a network, proposing that all host computers would connect to one another directly. Wesley A. Clark suggested the use of a dedicated computer, which Roberts called Interface Message Processors.

Roberts' plan for the ARPANET was the first wide area packet-switching network with distributed control. ARPA issued a request for quotation (RFQ) to build the system, which was awarded to Bolt, Beranek and Newman (BBN). Significant aspects of the networks's operation including routing, flow control, software design and network control were developed by the BBN IMP team. Roberts managed its implementation and contracted with Leonard Kleinrock in 1968 to carry out mathematical modelling of the network. When Robert Taylor was sent to Vietnam in 1969 and then resigned, Roberts became director of the IPTO.

In 1970, he proposed to NPL's Donald Davies that the two organizations connect their networks via a satellite link. This original proposal proved infeasible, but in 1971 Peter Kirstein agreed to connect his research group at University College London (UCL) instead. Roberts proposed in 1973 that it would be possible to use a satellite's 64 kilobit/second link as a medium shared by multiple satellite earth stations within the beam's footprint. This was implemented later by Bob Kahn, and resulted in SATNET.

The Purdy Polynomial hash algorithm was developed for the ARPANET to protect passwords in 1971 at the request of Roberts.

In 1973, Roberts left ARPA to join BBN's effort to commercialize the nascent packet-switching technology in the form of Telenet, the first FCC-licensed public data network in the United States. He served as its CEO from 1973 to 1980. Roberts joined the international effort to standardize a protocol for packet switching based on virtual circuits shortly before it was finalized. Telenet converted to the X.25 protocol, which was adopted by PTTs across North America and Europe for public data networks in the mid-late 1970s. Roberts promoted this approach over the datagram approach in TCP/IP being pursued by ARPA, which he described as "oversold" in 1978.

In 1983 he joined DHL Corporation as President. At the time, he predicted bandwidths would go down driven by voice compression technology.

He was CEO of NetExpress, an Asynchronous Transfer Mode (ATM) equipment company, from 1983 to 1993. Roberts was president of ATM Systems from 1993 to 1998. He was chairman and CTO of Caspian Networks, but left in early 2004; Caspian ceased operation in late 2006.

As of 2011, Roberts was the founder and chairman of Anagran Inc. Anagran continues work in the same area as Caspian: IP flow management with improved quality of service for the Internet.

Since September 2012, he was CEO of Netmax in Redwood City, California.

Roberts married and divorced four times. At the time of his death, his partner was physician Tedde Rinker. Roberts died at his California home from a heart attack on December 26, 2018.

The contents of this page are sourced from Wikipedia article on 10 Mar 2020. The contents are available under the CC BY-SA 4.0 license.
View Lawrence Roberts 's image gallery
Image Gallery 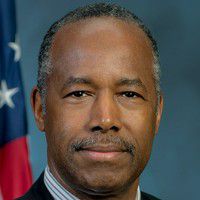 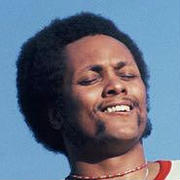