Faso was born in Buffalo, New York. In his career, he has held several bit parts on various shows, in addition to doing voices for several animated series and films, such as The Snorks, Monchichis, Darkwing Duck, Transformers and The Little Troll Prince. His most prominent television roles to date include the role of Marlo Higgins in the television series Marlo and the Magic Movie Machine, as well as hosting I'm Telling!, a children's game show which aired on NBC from 1987 to 1988. As well as this, he was in the original 1976 Broadway cast of Godspell.

He also supplied the voice of Raphael in the second live-action Ninja Turtles movie, Teenage Mutant Ninja Turtles II: The Secret of the Ooze. 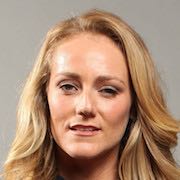