Louis Laurent Marie Clerc ([lɔʁɑ̃ klɛʁ]; 26 December 1785 – 18 July 1869) was a French teacher called "The Apostle of the Deaf in America" and was regarded as the most renowned deaf person in American Deaf History. He was taught by Abbe Sicard and deaf educator Jean Massieu, at the Institution Nationale des Sourds-Muets in Paris. With Thomas Hopkins Gallaudet, he co-founded the first school for the deaf in North America, the Asylum for the Education and Instruction of the Deaf and Dumb, on April 15, 1817 in the old Bennet's City Hotel, Hartford, Connecticut. The school was subsequently renamed the American School for the Deaf and in 1821 moved to 139 Main Street, West Hartford. The school remains the oldest existing school for the deaf in North America.

Laurent Clerc was born December 26, 1785 in La Balme-les-Grottes, Isère, a village on the northeastern edge of Lyon to Joseph-François Clerc and Marie-Élisabeth Candy in the small village of La Balme, where his father was the mayor. Clerc's home was a typical bourgeois household. When he was one year old, Clerc fell from a chair into a fire, suffering a severe burn and obtained a permanent scar on the right side of his cheek. Clerc's family believed his deafness and inability to smell were caused by this accident, but Clerc later wrote that he was not certain of this and might have been born deaf and without the ability to smell. The facial scar later provided the basis for his name sign, performed with the manual alphabet for "U", stroked twice downward on the right cheek. Clerc's name sign has become the best personal identifier in the American Deaf History.

Clerc attended -and eventually became a teacher at- the Institut National de Jeunes Sourds de Paris. While there, he was taught by Abbe Sicard and Jean Massieu who was deaf. In 1815 he traveled with Sicard and Massieu to England to give a lecture and happened upon Thomas Hopkins Gallaudet who was traveling in search of means for instructing deaf children. Gallaudet was invited to visit the school in Paris. Then in 1816, after a few months with Clerc at the school, Gaulladet invited Clerc to accompany him to the United States. During the trip across the ocean, Clerc learned English from Gallaudet, and Gallaudet learned sign language from Clerc. After arriving in America they worked together to establish the first permanent school for the Deaf in Hartford, Connecticut, which is now known as the American School for the Deaf.

Laurent Clerc died at the age of 83 at his home in Hartford. The 1869 obituary in the New York Times says, Clerc came to Hartford in 1816 and became a teacher in 1817, then served more than 50 years "in the cause of deaf-mute instruction" and "his abilities, zeal, and graces of character made him always respected and loved." Clerc married one of the first pupils - Eliza Crocker Boardman.

Generally, prior to the onset of organized education of the deaf, deaf people were regarded as idiots incapable of education. Laurent Clerc became one of the most recognizable figures in Deaf history of the United States thanks to his significant role in shaping deaf education. As a person who could not hear, nor speak from a young age and, despite this, acquired excellent command of spoken languages at an age far past the prime years for language acquisition he is also an exemplary personification of educability and high intellect.

Largely due to Clerc's contribution to the education of the Deaf in America several awards, buildings, funds, and other honors were named after him. Most notably at Gallaudet University

Laurent Clerc is portrayed in the fictional film Sign Gene, the superhero film about deaf mutants who have superhuman powers through the use of sign language, as the fourth great-grandfather of the leading character Tom Clerc (played by Emilio Insolera). The film was released in September 2017.

The contents of this page are sourced from Wikipedia article on 10 Feb 2020. The contents are available under the CC BY-SA 4.0 license.
View Laurent Clerc 's image gallery
Image Gallery 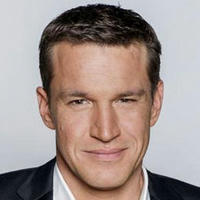 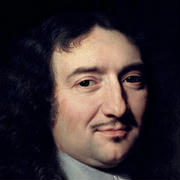