Laurence Tubiana (born 1951) is a French economist and diplomat. She was appointed French ambassador for international climate negotiations in connection with the 2015 COP21 Climate Change Conference in Paris. She founded and has headed the Paris-based Institute of Sustainable Development and International Relations (IDDRI), is a professor at the Paris high-level education institute, Sciences Po, and has previously served as senior adviser on the environment to the former French Prime Minister Lionel Jospin. She has been responsible for conducting international environmental negotiations for the French government and has also been a member of the Economic Analysis Council (Conseil d’analyse économique) attached to the French Prime Minister’s office.

Tubiana was born in Oran, Algeria, in 1951. Her father, an entrepreneur with interests in tobacco and the cinema, came from an established Jewish Algerian family, while her mother and grandmother were Greek Catholic immigrants and early importers of modern Swedish furniture. Thanks to her parents, both French-speaking, left-wing intellectuals, she developed an interest in politics and open discussion from an early age.

Tubiana was 11 when Algeria gained independence in 1962. Together with her family, she moved to France. In May 1968, like many teenagers of the times, she joined the Revolutionary Communist League. After obtaining a doctorate in economics at Sciences Po in 1976, she set about taking the entrance examination for INRA, the French National Agricultural Research Institute. In parallel, she worked as an assistant for Lionel Jospin, then an economics professor at the University Technology Institute in Sceaux. In the 1980s, she founded and headed Solagral, an NGO involved in issues of North-South cooperation. In 1997, when Jospin became prime minister, she was his environmental advisor. She helped him with the negotiations for the Kyoto Protocol in 1997.

She assisted the French authorities with preparations for the 2009 COP15 climate change conference in Copenhagen. In May 2009, she was responsible for launching a change in policy for Global Public Goods by the French foreign affairs ministry, and in 2012 became a member of France's high-level Energy Transition steering committee advising on reducing reliance on nuclear power. Since 2012, Tubiana has been Co-Chair of the Leadership Council of the United Nations Sustainable Development Solutions Network while co-chairing the network's working group on Deep Decarbonization Pathways.

Tubiana is a member of the China Council for International Cooperation on Environment and Development and sits on the board of the India Council for Sustainable Development.

Tubiana (left) with dignitaries at the final session of COP21

On 15 May 2014, in view of her extensive international expertise on climate issues, Laurent Fabius, French Minister of Foreign Affairs, invited Tubiana to be his representative for the COP21 Paris climate conference. At the time, Tubiana was in New York working as a visiting professor at Columbia University. Despite the enormous amount of work the position of special ambassador would entail, she immediately accepted the offer. Her appointment as Special Ambassador was confirmed at the meeting of the Council of Ministers on 3 June 2014. Over the next 18 months, she worked days from 7 am to almost midnight and took around 45 trips to meet ministers and business groups around the world. Her strategy, which proved successful, was based on encouraging countries to come up with their own plans for adopting domestic policies to provide for action on climate change.

Before the conference, Tubiana explained her views on global warming: "It's a fascinatingly complex topic... Conditions today are unsustainable and unbalanced, favouring attitudes and levels of consumption which are harmful for us all. The driving force for me is the very idea of justice".

It was Tubiana who suggested inviting the heads of state to the opening of the conference, avoiding the problems in Copenhagen where they came in at the end. With responsibilities for meals and lighting, she also relaxed the dress code, creating a convivial atmosphere for the delegates. She herself negotiated the corridors of the conference site in sneakers rather than high heels after a riding accident. She had also spent two days in hospital with appendicitis just a week before the conference started. Tubiana was given much of the credit for managing the negotiations, which resulted in the agreement of 195 countries to a final text which went far beyond earlier expectations.

A few days after the conference, Tubiana emphasized its most important outcomes, several of which went significantly beyond the initial goals. They included limiting warming "to well below 2°C and pursuing efforts to limit the temperature increase to 1.5°C" rather than to 2 °C before the meeting. Just a few countries covering only 15% of greenhouse gas emissions were initially required to come up with concrete policies. After the meeting, all but the poorest countries were included. Financial institutions were also increasingly required to take account of climate change in their investments. As a result of the meeting, new energy technologies would enjoy unexpected levels of development, with ever more joint ventures between national administrations and private companies. 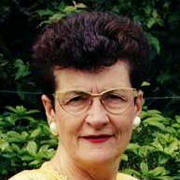