Lauren Rose Goodger (born 19 September 1986) is an English television personality, glamour model, media personality and columnist. She starred in the ITVBe reality show The Only Way Is Essex from 2010 until 2012, debuting in the first series before departing in series 6.

In January 2013, Goodger took part in the eighth series of the ITV ice skating show Dancing on Ice, where she was partnered with Michael Zenezini and finished eleventh after being eliminated in week 2. In August 2014, Goodger entered the Celebrity Big Brother house in the fourteenth series of the show.

Goodger was one of the original cast members of the reality television programme The Only Way Is Essex. The first two series of the show mostly evolved around Goodger's relationship with her boyfriend Mark Wright. In the series 2 finale, broadcast on 4 May 2011, she dumped Wright and pushed him into a swimming pool.

Goodger made a guest appearance in the series 16 Christmas Special in 2015, before returning as a regular cast member in series 19. She did not return for series 20.

In August 2014, Goodger participated in the fourteenth series of Celebrity Big Brother. She entered the house on Day 1, and has since been linked with Geordie Shore star Ricci Guarnaccio. On Day 14, Goodger was nominated by Frenchy, and therefore faced eviction. She survived this eviction on Day 17. On Day 21, She was nominated again, this time by Edele and James. On Day 24, Goodger became the seventh housemate to be evicted in a double eviction with Ricci.

Lauren has over 750,000 followers on Instagram which uses to market products. In 2019 she, along with Mike Hassini and Zara Holland auditioned to promote a fictitious diet product containing cyanide. The drink was created as part of an investigation by the BBC Three series Blindboy Undestroys the World into Instagram influencers irresponsible marketing of products they have never used.

Goodger was raised in Bethnal Green, London with her half-brother Tony and half-sister Nicola.

Goodger's relationship with boyfriend and fellow TOWIE cast member Mark Wright lasted for 10 years; she was 15 when they met, and they split in 2011. 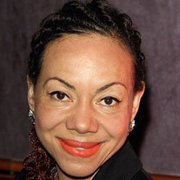