Laura Elizabeth Tobin (born 10 October 1981) is an English broadcast meteorologist, currently employed by ITV Breakfast.
She worked for the BBC before moving to the ITV Breakfast programme Daybreak in 2012. Daybreak was later replaced by Good Morning Britain in early 2014. Tobin currently presents the weather bulletins for the programme.

Tobin was born and raised in Northampton. She attended Duston Upper School, gaining A-Levels in Mathematics, Physics and Art, and then studied Physics and Meteorology at Reading University.

On graduation from University in 2003, she joined the Met Office. On completing her training, she was assigned in October 2004 to the Cardiff Weather Centre, where she gained experience of broadcasting on BBC Radio Wales. In 2005, Tobin moved to RAF Brize Norton, providing aeronautical meteorology reports and briefings to Royal Air Force transport crews and to the media of BFBS, the British Forces Broadcasting Service.

Tobin joined the team of BBC Weather Centre forecasters at the end of 2007, eventually regularly appearing on the BBC News channel, BBC World News, BBC Radio 5 Live, and the on-demand interactive services of BBC Red Button found on digital terrestrial and digital satellite TV. She also regularly presented the weather for the BBC News at One on the BBC.

On 3 September 2012 she joined the newly relaunched breakfast programme Daybreak as the weather presenter. On 18 July 2013, Tobin appeared on BBC Radio 1's Innuendo Bingo. In April 2014, Daybreak was replaced by Good Morning Britain. Tobin continues to front the weather updates on the programme. Her first show was on 28 April 2014. In November 2015, Tobin was a contestant on a celebrity episode of The Chase. In 2016, she took part in celebrity driving show Drive, hosted by Vernon Kay.

In 2015, she was nominated for a TRIC Award in the "Weather Presenter" category, but lost out to Carol Kirkwood.

She was the first member of the public to ride The Smiler roller coaster at Alton Towers. She has a twin brother called Mark. 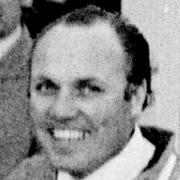