Laura Smet (born 15 November 1983) is a French actress. She is the daughter of rock musician Johnny Hallyday and actress Nathalie Baye. In 1986 Jean-Jacques Goldman wrote the song "Laura", which Johnny Hallyday later recorded.

She changed schools numerous times growing up and was sometimes picked on - for example for the fact that, at a time when rap music was the fashion, her father was an old-fashioned rock'n'roller. She wanted initially to be a theatrical agent like her godfather, Dominique Besnehard. In 1999 she left school and began studying theatre with Raymond Acquaviva.

In 2002 she began her acting career when Xavier Giannoli, on the recommendation of Olivier Assayas, cast her in the role of Charlotte, a young cancer patient in Les corps impatients, and for which she received a nomination for the César Award for Most Promising Actress. In 2003 she starred in Claude Chabrol's film adaptation of the Ruth Rendell novel, The Bridesmaid (La Demoiselle d'Honneur).

In 2004, Smet won the Prix Romy Schneider. Romy Schneider is an actress she greatly admires. In 2006 she played in Le Passager de l'été, a film written and directed by Florence Moncorgé-Gabin, the daughter of Jean Gabin. In 2007 she played Caroline in L'Heure zéro, Pascal Thomas's film adaptation of an Agatha Christie novel. 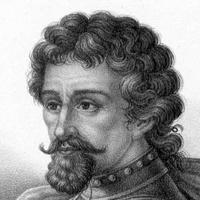