San Giacomo, an Italian American, was born in West Orange, New Jersey, the daughter of MaryJo and John San Giacomo, a paper mill owner. She grew up in Denville, New Jersey. San Giacomo discovered acting while attending Morris Knolls High School. In 1984, she received a fine arts degree, specializing in acting, from Carnegie Mellon School of Drama in Pittsburgh.

After graduating, she moved to New York. San Giacomo then went on to appear in several theater productions, including the Garry Marshall-Lowell Ganz production of Wrong Turn at Lungfish in Los Angeles, the Princeton/McCarter Theatre production of Three Sisters, and off-Broadway in Beirut. She also starred in Italian American Reconciliation, regional productions of Shakespeare's The Tempest, As You Like It and Romeo and Juliet, as well as Crimes of the Heart. In a review of the Walnut Street Theatre 1986 presentation of As You Like It, San Giacomo received a special mention: "although doll-like Laura San Giacomo had only a minor role as a wilful shepherdess, she sank her fangs into it and received the only show-interrupting applause of the evening."

San Giacomo's first television appearances were four episodes on three television series during 1987. Two notable appearances were in Crime Story in 1988 for the episode "Protected Witness" (Season 2 / Episode 13) as Theresa Farantino, and in Miami Vice in 1989 for the episode, "Leap of Faith" (Season 5, Episode 19) as Tania Lewis. The Miami Vice episode also featured a guest appearance by her future husband, actor Cameron Dye, one year before their marriage. Prior to that, she was featured on the daytime soap opera All My Children as Louisa Sanchez, the Latina common-law wife of Mitch Beck (Brian Fitzpatrick) whose presence threatened to thwart his relationship with Hillary Martin (Carmen Thomas).

However, San Giacomo first drew international attention in Steven Soderbergh's Sex, Lies, and Videotape (1989), which also marked her film debut as a credited actor (in the 1988 movie Miles from Home, her role as "Sandy" was not credited). Her work in the film was nominated for a Golden Globe Award, and she received a Los Angeles Film Critics Association New Generation Award. The film was honored with the Cannes Film Festival's prestigious Grand Prize, the Palme d'Or.

San Giacomo did voice work for the animated series Gargoyles (as the character of Fox). However, she went uncredited for the role because her agent believed it would damage her reputation to have worked on an animated series.

Needing to work, but not wanting to be away from her newborn son for months at a time, San Giacomo shifted to television in the role of hot-tempered, sassy journalist Maya Gallo in the situation comedy Just Shoot Me! (1997–2003). Her character was partially based on an unproduced idea that executive producer Steven Levitan once had in mind for actress Janeane Garofalo when he was a writer for The Larry Sanders Show. San Giacomo was originally cast in the starring role, since the series was meant to center on her character; however, the show soon adopted an ensemble style. Despite the shift in focus, San Giacomo remained an integral part of the show and with top billing. She and the four other main cast members appeared in all 148 episodes of the series, which lasted until 2003.

San Giacomo's work during Season 2 (1997–1998) earned her a Golden Globe Award nomination in 1998 for Best Actress in a Television Comedy or Musical; the award went to Ally McBeal's Calista Flockhart.

Post-Just Shoot Me! and appearances

After NBC cancelled Just Shoot Me! in 2003, San Giacomo appeared sporadically on television and in films. She made guest appearances on several television series, including the short-lived CBS crime drama The Handler in 2003 and HBO's Unscripted in 2005. She was the narrator for the true crime series Snapped: Killer Couples on Oxygen. San Giacomo also appeared in the 2005 films Checking Out and Havoc, as well as the 2006 film Conquistadora. San Giacomo was to have made her return to television on The WB's new drama Related in 2005, but the character was recast due to creative differences. Kiele Sanchez took her place as "Anne Sorelli" on the show. San Giacomo also made few public appearances; she made her first public appearance in nearly a year on 19 October 2005 at the 15th Annual Environmental Media Awards. She made two more public appearances at the Crystal and Lucy Awards on 6 June 2006 and at the 3rd Annual Alfred Mann Foundation Innovation and Inspiration Gala on 9 September 2006.

In 2006, San Giacomo returned to network television with three guest appearances on the third season of Veronica Mars. She reunited with her former love interest from Just Shoot Me!, Enrico Colantoni, playing Harmony Chase. Both Colantoni and San Giacomo enjoyed their reunion so much that they lobbied for their characters to appear together in further episodes.

San Giacomo has been married twice, first to actor Cameron Dye (1990–1998), with whom she had a son, Mason Dye (b. November 19, 1995), who has cerebral palsy, and second to actor Matt Adler (m. 2000). San Giacomo is a cousin of Torry Castellano, former drummer of the rock group The Donnas.

San Giacomo is a strong supporter of charitable causes, most prominently those related to disabilities. She has appeared at the Environmental Media Awards, the "Voices For Change" gala benefit and concert which benefits Children with Disabilities, and the "Friends Finding a Cure" gala benefiting Project ALS. She is also a founder of the CHIME Charter Elementary School, an elementary school in Woodland Hills, California. Chime is an inclusion school for all children of all abilities. The school opened its doors in 2001. As a charter school, CHIME provides free public education to students and admits them through a lottery system. The school serves approximately 200 children in kindergarten through fifth grade who live in communities around California's San Fernando Valley. Today CHIME services grade kindergarten through eighth grade and has almost 700 students. 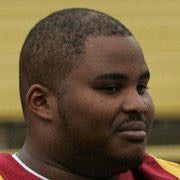