Laura Põldvere, known professionally also as simply Laura (born 30 August 1988, Estonia), is an Estonian singer. She represented Estonia at the Eurovision Song Contest 2005 as part of the girl group Suntribe and has taken part in the Estonian preselection numerous times since, singing songs written by Sven Lõhmus.

Laura started her career in 2005, when she was participating in Eurolaul 2005 with the song "Moonwalk". "Moonwalk" came second, but Laura won the contest as the member of the girl group Suntribe. Suntribe represented Estonia in Eurovision Song Contest 2005.

In 2009, she was back by entering the new format Eesti Laul as a solo singer in hopes of representing Estonia at the Eurovision Song Contest 2009, her entry "Destiny" came third.

In November, 2011, Laura released her first compilation album "Sädemeid taevast", which consisted of all her singles since 2005 to 2011 as well as a track from her second studio album "Ultra".

Laura once again attempted to represent Estonia in the Eurovision Song Contest 2016, entering Eesti Laul with the song "Supersonic". It placed second in the Superfinal. In Eesti Laul 2017, she is competing in a duet with Koit Toome, with the song "Verona".

Laura got married to Estonian jazz pianist Joel Remmel in 2014. The marriage would last for two years and they divorced in 2016. Her younger brother, aged 20, was found dead in a hotel in Thailand in December 2016. 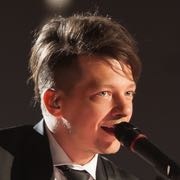