Laura Perls (née Lore Posner; August 15, 1905 in Pforzheim – July 13, 1990 in Pforzheim) was a noted German-born psychologist and psychotherapist who helped establish the Gestalt school of psychotherapy.

In 1930 she married Friedrich (Frederick) Perls. They had met while working at the Frankfurt Psychological Institute. At Frankfurt University Lore Posner had earned a doctorate in Gestalt Psychology. In 1933 the Perls had to flee Germany during the rise of Nazi power. They then spent ten years in South Africa. It was there that the Perls wrote their first book together, Ego, Hunger and Aggression, published in 1942. This work held the beginnings for their new theory of psychotherapy, Gestalt Therapy, which consisted of facing the client to notice his or her postures and gestures (Fadiman & Frager, 2002).

In 1951, having moved to New York, the Perls, together with Paul Goodman and Ralph Hefferline published Gestalt Therapy: Excitement and Growth in the Human Personality. By 1952, with the help of Paul Goodman, they had established The New York Institute for Gestalt Therapy (Fadiman & Frager, 2002).

When Frederick Perls started travelling more often to the Esalen Institute in California in the early 1960s, Laura stayed on in New York to continue running the original institute.

Laura Perls died in 1990, one month before her 85th birthday. 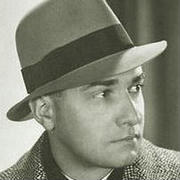