Laura Golarsa (born 27 November 1967) is an Italian former professional tennis player.
Golarsa was born in Milan, Italy and played on the WTA tour from 1985 to 2001. She did not win any senior titles but did reach the quarter finals of Wimbledon in 1989. Her 124 – 184 singles record included victories over such notable players as Zina Garrison and Jana Novotná. 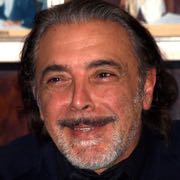