She currently teaches at Georgetown University and is co-chair of the Inter-American Dialogue think tank.

Chinchilla was born in Carmen Central, San José in 1959. She is the daughter of Rafael Ángel Chinchilla Fallas, a former comptroller of Costa Rica, and Emilce Miranda Castillo. She married Mario Alberto Madrigal Díaz on 23 January 1982 and divorced on 22 May 1985.

Chinchilla met her second husband, José María Rico Cueto, a Spanish lawyer who held Canadian citizenship, in 1990 while both were working as consultants for the Center for the Administration of Justice at the University of Florida in Miami, Florida. The couple had a son, José María Rico Chinchilla, in 1996. Chinchilla married Rico on 26 March 2000. She was widowed on April 15, 2019, when her husband José María Rico died due to Alzheimer's.

Chinchilla graduated from the University of Costa Rica and received her master's degree in public policy from Georgetown University. Prior to entering politics, Chinchilla worked as an NGO consultant in Latin America and Africa, specializing in judicial reform and public security issues. She went on to serve in the José María Figueres Olsen administration as vice-minister for public security (1994–1996) and minister of public security (1996–1998). From 2002 to 2006, she served in the National Assembly as a deputy for the province of San José.

Chinchilla was one of two vice-presidents elected under the second Arias administration (2006–2010). She resigned the vice-presidency in 2008 in order to prepare her run for the presidency in 2010. On 7 June 2009 she won the Partido Liberación Nacional (PLN) primary with a 15% margin over her nearest rival, and was thus endorsed as the party's presidential candidate.

Chinchilla led the Observation Mission deployed by the OAS to Mexico to observe the June 2015 federal election, as well as the Observation Electoral Mission during the 2016 elections in the USA, and the electoral process in Brazil and in Paraguay in 2018.

Chinchilla's Partido Liberación Nacional is a member of the Socialist International, whose motto is the promotion of "progressive politics for a better world."

The British Foreign and Commonwealth minister with responsibility for Central America, Baroness Kinnock, applauded Chinchilla's election as the first female President of Costa Rica. Kinnock also praised Chinchilla for stating her continued support for the forward thinking approach by the previous government in working to combat climate change and said that the UK would continue to work with Costa Rica on this important issue in 2010.

She was expected to give continuity to the previous government's pro-free trade policies. She is considered a social conservative. She opposes gay marriage, but has stated publicly the need for a legal frame to provide fundamental rights to same-sex couples. She supports maintaining the country's prohibition of abortion under most circumstances.

Laura Chinchilla's political platform emphasized anti-crime legislation in response to Costa Rica's growing concerns over safety. In 2010, the year in which Laura Chinchilla was elected president of Costa Rica, the country observed a high crime rate in practically all crimes, which contributed to deteriorating the perception of the state as guarantor of justice and security.

Added to this was the economic insecurity caused by the international crisis of 2007 and 2008 that had hit the Costa Rican economy. Attending these circumstances, President Chinchilla structured a government plan based on human security and with a comprehensive security approach, which contemplated four key components:

At the end of her term, the main achievements were:

The recovery of the economy from the effects of the international crisis of 2007-2008, which grew between 2010-2013, at an average rate of 4.4%, growth that has remained constant in recent years according to data from ECLAC, this along with an improvement in the country's competitiveness indexes, according to the World Economic Forum and the World Bank, as well as the beginning of the process of incorporating Costa Rica into the OECD.

In social matters, priority was given to the promotion of a comprehensive strategy for early childhood care. Her government developed a network of care centers with public-private partnerships, that benefit the children, as well as their mothers who aspire to enter the labor market. This program was recognized by international organizations.

Regarding the issue of security, after conducting a citizen consultation, the Citizen Security and Social Peace Policy (POLSEPAZ) was designed, defining the main strategic lines of action and the need to promote a comprehensive, sustainable and State policy on the matter.

With the implementation of this strategy and the prevention, control, and sanctions activities that were carried out, it was possible to contain the growth that criminality had been experiencing, and decrease homicide rates, as well as intentional homicides against women, most of which are associated with domestic violence or femicide. They fell between 2010 and 2013 by nearly 70%.

The government sustainability variable was expressed in the promotion of policies for the generation of clean energy which allowed that at the end of her period it exceeded 90% of electricity generation from renewable sources.

Equal importance was given to the protection of the seas, through the extension of marine protection zones and a strong fight against shark finning, all of which meant international recognition for the efforts made in sustainability.

In 2013, however, the Mexican opinion poll firm Consulta Mitofsky released a survey that placed Chinchilla as the least popular president in Latin America with a 13% approval rate, just behind Porfirio Lobo of Honduras.

During her tenure, improvements were made in security, and the homicide rate, originally 10 for every [2] 100,000 inhabitants, dropped significantly [3]. The WHO had the once high figure a “social pandemic” and it has fluctuated greatly in years prior. [4]

Education became one Chinchilla's greatest priorities. She moved into action Article 78 of Costa Rica’s Constitution, The Strengthening Education Effort, whereby the government must allocate 8% of its funding toward education.[5] During her tenure the actual figure reached 7.2%, the highest of any country in the region.[6]

In October 2010, Nicaraguan forces occupied islands in the San Juan River delta. The land is claimed by the Nicaraguan and Costa Rican governments. Some observers opined that the Nicaraguan action was probably connected with President Daniel Ortega's reelection campaign. The Costa Rican government reacted to the Nicaraguan action. Costa Rica sought to place the case before the International Court of Justice. By mid-2011, President Chinchilla decided to build a road along the river, as a response to what she and her government saw as a Nicaraguan invasion of Costa Rican territory. In Spanish Name of the Road The road was officially named “Ruta 1858, Juan Rafael Mora Porras” to honor a Costa Rican hero, who led the country in the fight in Nicaragua and Costa Rica against the forces of William Walker, who had proclaimed himself as president of Nicaragua, and wanted to restore slavery in Central America.

The road was to stretch more than 150 km. A decree of emergency allowed the government to waive environmental regulations and oversight from the General Comptroller (Contraloria General de la Republica). Neither environmental nor engineering studies were conducted before the road was announced. There were accusations of mismanagement and corruption. The Ministerio Publico (Costa Rican attorney general) announced an official inquiry about the charges of corruption. Francisco Jiménez, minister of public works and transportation was dismissed by Chinchilla as a consequence of the affair Minister dismissed by Chinchilla (in Spanish).

Laura Chinchilla developed and signed the National Network of Care Act which works to provide care and assistance to children and the elderly.

Chinchilla opposes any amendment of the constitution aimed at separation of church and state in Costa Rica. The constitution currently defines the Republic of Costa Rica as a Roman Catholic nation. Her position contrasts with that of former President Óscar Arias Sánchez, who supports establishing a secular state.

She is against legalizing the morning-after pill, which is banned in Costa Rica.

Chinchilla has stated that while she supports LGBT rights and opposes discrimination based on sexual orientation, she believes that marriage should be between a man and a woman, and because of that she supports a different legal framework for same-sex couples. She signed into law on 4 July 2013 new legislation supporting civil partnerships that can be extended to same-sex unions. She also stated that she would not oppose same-sex marriage if it was legalized by the country's courts.

Environmental protection and sustainability is very important for the President, and she continues Costa Rica's level of leadership in these areas, for example, in May 2011 she declared the film Odyssey 2050 of 'Public and Cultural Interest'.

In 2016, she was considered one of the most powerful women in Central America according to the World Economic Forum.

She currently teaches at Georgetown University at the Institute of Politics and Public Service and is also the titular of the Cathedra José Bonifácio, at the University of São Paulo, since 2018, and leads the Latin American Chair of Citizenship in the School of Government and Public Transformation of the Monterrey Institute of Technology and Higher Education.

She is a member of the board of the Inter-American Dialogue, serving as Co-Chair from January 2019. She is also the Chair of the Kofi Annan Commission on Elections and Democracy in the Digital Age.

Since 2016, she is the president of the Advisory Council of She Works, a company focused on the empowerment of women; and is also a rapporteur for the freedom of expression of the Telecommunications Organization of Latin America. She is member of the Advisory Council of the 2019 Human Development Report of the UNDP, focussing on inequality.  She is also member of the board of Concordia Summit, and the Vice President of the Club of Madrid. In 2019 she became a member of the International Olympic Committee.

She was awarded with the “Women of the Decade in Public Life and Leadership Award” at the Women Economic Forum in Amsterdam. She holds Honorary Doctorates from the University for Peace of the United Nations, Georgetown University, and Kyoto University of Foreign Studies.

She has several publications, in Spanish and English -books, monographs and articles- on issues related to the administration of justice, citizen security, and police reform. Among the most prominent are:

The 2012 song "Wonderful Journey" by Japanese group Sakura Gakuin mentions that the then President of Costa Rica shares her name with then member Raura Iida, since the Japanese pronunciations of both names are identical.

The contents of this page are sourced from Wikipedia article on 08 Mar 2020. The contents are available under the CC BY-SA 4.0 license.
View Laura Chinchilla 's image gallery
Image Gallery 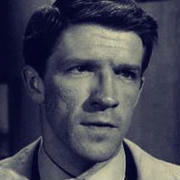 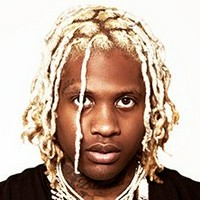 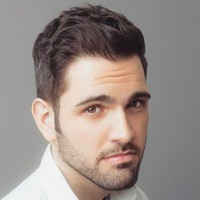 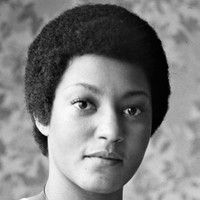 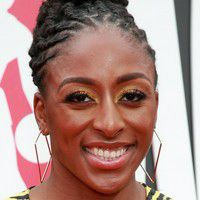 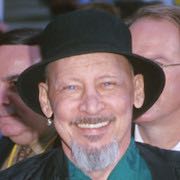 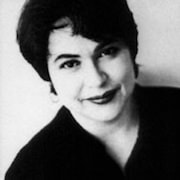