Laura Maria Caterina Bassi (October 1711 – 20 February 1778) was an Italian physicist and academic. She received a doctoral degree from the University of Bologna in May 1732, the second degree ever bestowed on a woman by a university. She was the first woman to earn a professorship in physics at a university in Europe.[3] She is recognized as the first woman in the world to earn a university chair in a scientific field of studies. Bassi contributed immensely to the field of science while also helping to spread the field of Newtonianism through Italy. Portrait of Laura Bassi at the University of Bologna.

She was born in Bologna into the wealthy family of a lawyer. The date of her birth is contested in various different sources ranging between October 20 and October 29, 1711.

She was privately educated, beginning at the age of 13 and continuing for seven years, by Gaetano Tacconi. The two began to drift apart after Bassi discovered her intrigue for Newtonian science despite Tacconi’s wish for her focus on the less controversial Cartesian beliefs. Her cousin, Father Lorenzo Stegani tutored her in Latin, French and arithmetic.

After much practice privately, in 1732, at the age of 20, she publicly defended her thesis in the Palazzo Pubblico, thus beginning her academic career.

On February 7, 1738, she married Giuseppe Veratti, a doctor of philosophy and medicine, and a fellow lecturer in physics at the University of Bologna. They shared a sophisticated working relationship; it is argued that through their marriage Bassi was inspired to begin studying experimental physics. They parented twelve children of whom five survived.

After publicly defending forty nine theses in the Palazzo Pubblico, she was awarded a doctorate of Philosophy on May 12, 1732. Thus, Bassi became the second woman in the world to earn a philosophy doctorate after Elena Cornaro Piscopia in 1678, fifty-four years prior.[4]

The first lecture she gave was titled “De aqua corpore naturali elemento aliorum corporum parte universi”, which can roughly be translated from Latin to, “Water as a natural element of all other bodies”. The University, however, still held a value that women were to lead a private life. From 1746 to 1777 she gave only one formal dissertation per year ranging in topic from the problem of gravity to electricity. It is reported that she gave at least thirty-one dissertations to the university. Because she could not lecture publicly at the university regularly, she began conducting private lessons and experiments from home in the year of 1749. This allowed her to veer away from the constraints of the university and explore new ideas.

The Senate expected Bassi to attend various events because she was a symbol and political figure. The Carnival Anatomy, a public dissection with tickets open to anyone, was an event she was expected to attend because it was a central feature of public life at the university which attracted the attention of many foreigners and important community members. She began attending this event annually in 1734.

Due to her increase in responsibilities and public appearances on behalf of the university, Bassi was able to petition for regular pay increases, which in turn was used to pay for her advanced equipment. Bassi earned the highest salary paid by the University of Bologna of 1,200 lire.

In 1772 Paolo Balbi, chair of experimental physics, died suddenly. Bassi’s husband Verratti was Balbi’s longtime assistant, however, Bassi believed she could fill the vacancy. Thus, in 1776, at the age of 65, she was appointed to the chair in experimental physics by the Bologna Institute of Sciences with her husband as a teaching assistant. Two years later she died, having made science into a lifelong career and advanced the status of women in academic circles.

After her marriage to Giuseppe Veratti, she was able to lecture from home on a regular basis. During the 1760s, Bassi and her husband worked together on experimental research in electricity. This attracted the talent of Abbé Nollet and others to Bologna to study electricity.

She was mainly interested in Newtonian physics and taught courses on the subject for 28 years. She was one of the key figures in introducing Newton's ideas of physics and natural philosophy to Italy. She also carried out experiments of her own in all aspects of physics. In order to teach Newtonian physics and Franklinian electricity, topics that were not focused in the university curriculum, Bassi gave private lessons.[8] In her lifetime, she authored 28 papers, the majority of these on physics and hydraulics, though she did not write any books. She published only four of her papers.

The defense of her degree, awarding ceremony, and first lecture in 1732 were significant as they took place in the Palazzo Pubblico, one of the most important government buildings in Bologna. These events were attended by "not only the university faculty and students, but also by principal political and religious figures of the city – the Papal legate and vice-legate, the Archbishop of Bologna, the Gonfaloniere, the Elders, senators and magistrates. Additionally, 'all the ladies of Bologna and all the nobility'."

One of her most important patrons was Cardinal Prospero Lambertini, later to become Pope Benedict XIV, who encouraged her scientific work. He continually supported the University of Bologna and intervened when other members of the institute tried to segregate Bassi from the rest of the professors.

In 1745, Lambertini (now Pope Benedict XIV) established an elite group of 25 scholars known as the Benedettini ("Benedictines", named after himself.) Bassi pressed hard to be appointed to this group, but there was a mixed reaction from the other academics. Ultimately, Benedict did appoint her, the only woman in the group.

Although only a limited number of her scientific works were left behind, much of her scientific impact is evident through her many correspondents including Voltaire, Cesare Beccaria, Francesco Algarotti, Roger Boscovich, Charles Bonnet, Jean-Antoine Nollet, Paolo Frisi. Lazzaro Spallanzani and Alessandro Volta. Voltaire once wrote to her saying, "There is no Bassi in London, and I would be much happier to be added to your Academy of Bologna than that of the English, even though it has produced a Newton".

A bronze medal was awarded to Bassi by painter Domenico Maria Fratta and engraver Antonio Lazzari, to celebrate her first series of classes titled “Pubblica Docente e Collegiata”. The medal displayed Bassi’s image on one side, and on the other, the phrase “Soli cui fas vidisse Minerva”. The phrase can roughly be translated to, “Only you can see Minerva”.

After her death, a marble statue was made in her memory and placed above the Nautical room in the institute.

She was elected member of many literary societies and carried on an extensive correspondence with the most eminent European men of letters. She was well acquainted with classical literature, as well as with that of France and Italy.[6]

A 31 km crater on Venus[9] honours her name, along with a high school, and a city street in Bologna.

Bassi only published four works in her lifetime, which reflect small fraction of her contributions to the University of Bologna. Her correspondence with notable figures show the true mark she left on the scientific community of Italy. 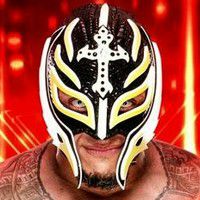 Saint from the holy land