Laura-Ann Petitto (born c. 1954) is a cognitive neuroscientist and a developmental cognitive neuroscientist known for her research and scientific discoveries involving the language capacity of chimpanzees, the biological bases of language in humans, especially early language acquisition (be it language on the hands in signed languages or on the tongue in spoken languages), early reading, and bilingualism, bilingual reading, and the bilingual brain. Significant scientific discoveries include the existence of linguistic babbling on the hands of deaf babies (“manual babbling”) and the equivalent neural processing of signed and spoken languages in the human brain. She is recognized for her contributions to the creation of the new scientific discipline, called educational neuroscience. Petitto spearheaded and chaired a new undergraduate department at Dartmouth College, called "Educational Neuroscience and Human Development" (2002-2007), and was a Co-Principal Investigator in the National Science Foundation and Dartmouth's Science of Learning Center, called the "Center for Cognitive and Educational Neuroscience" (2004-2007). At Gallaudet University (2011–present), Petitto led a team in the creation of the first PhD in Educational Neuroscience program in the United States. Petitto is the Co-Principal Investigator as well as Science Director of the National Science Foundation and Gallaudet University’s Science of Learning Center, called the "Visual Language and Visual Learning Center (VL2)". Petitto is also founder and Scientific Director of the Brain and Language Laboratory for Neuroimaging (“BL2”) at Gallaudet University.

Petitto received her Bachelor of Science degree in 1975 from Ramapo College of New Jersey while taking undergraduate classes and conducting cross-species language research with the chimpanzee "Nim Chimpsky" at Columbia University (New York City, New York). Petitto then conducted psycholinguistic research on American Sign Language (ASL) in the laboratory of Dr. Ursula Bellugi at The Salk Institute for Biological Studies (La Jolla, California), along with Linguist, Edward Klima, of the University of California, San Diego (UCSD), where Petitto began graduate study in the Department of Linguistics (1976–1977). Petitto continued graduate study at New York University (Master's degree, 1978, specializing in Rehabilitative Counseling Psychology and Deafness, 1977–1978). Petitto then researched the phonological structure of ASL in "The Linguistics Research Laboratory" of Dr. William Stokoe at Gallaudet University in Washington, D.C. (1978–1979). In 1979, Petitto began graduate study at Harvard University, Department of Human Development and Psychology, in its "Language & Cognition" track. While Drs. Roger Brown (primary Graduate Advisor) and Courtney Cazden (co-Advisor) were Petitto's mentors in "Cognition," Noam Chomsky at MIT was Petitto's mentor in "Language." Petitto first met the renowned Linguist when working with Nim Chimpsky on Project Nim in the mid 1970s and this intellectual mentorship endured throughout her Harvard graduate studies and for decades to follow. Petitto was graduated from Harvard with a master's degree in 1981, and a Doctorate/Ed.D. in March, 1984. Leaving Harvard in fall 1983 to take up her first faculty appointment in McGill University's Department of Psychology (Montreal, Quebec, Canada), Petitto also won a John D. and Catherine T. MacArthur Foundation Postdoctoral Fellowship (awarded to 10 young scientists in the USA). Commuting between McGill and Salk in her first few faculty years, Petitto studied with Dr. Ursula Bellugi and Dr. Francis Crick (Salk), and Dr. Elizabeth Bates (UCSD), intellectual mentorships that would span decades thereafter. Petitto's McGill psychology department role expanded when she also became a research scientist at the Montreal Neurological Institute and Hospital, and a collaborating scientist on The McDonnell-Pew Centre Grant in Cognitive Neuroscience with Drs. Brenda Milner, Michael Petrides (PIs), as well as with Dr. Robert Zatorre (1990-2001).

Advancement of New Discipline: Petitto had an early and enduring role in the creation of a new scientific discipline with her colleague the cognitive neuroscientist Kevin Niall Dunbar, which they termed Educational Neuroscience. Educational Neuroscience is a sister discipline of Cognitive Neuroscience, in which basic neuroscience and behavioral science discoveries about the developing brain and the growing child are joined in principled ways with their translational implications, towards the ultimate goal of solving core problems in society and the education of young children.

Advancement of Technology: Petitto's science shows a history of pushing technology in new directions so as to answer previously insoluble questions in science, involving, for example, novel use of Positron Emission Technology (PET) with anatomical Magnetic Resonance Imaging (MRI) so as to identify the brain tissue and systems underlying human signed languages as compared with the tissue/systems underlying spoken languages; OPTOTRAK (high-speed kinetics and dynamic motion capture system) to build a device analogous to a speech spectrogram but for signed languages so as to study the fundamental frequency (fo or FF) of deaf and hearing infants’ linguistic manual babbling; and functional Magnetic Resonance Imaging (fMRI) neuroimaging to conduct original studies comparing bilingual and monolingual adult brains. To surmount the discipline's widely known challenges of studying developing newborn brains over time with fMRI, Petitto used functional Near Infrared Spectroscopy (fNIRS) neuroimaging to conduct among the first studies of human infant brains as they develop over time while acquiring one versus two languages (monolingual and bilingual infant brains compared). Petitto uses Eye-Tracking; and, with a team of collaborating scientists, Petitto led her National Science Foundation INSPIRE and W.M. Keck-funded research team to advance and integrate novel technology involving a Robot, an Avatar (plus Motion Capture technology), Thermal Infrared Imaging (measurement of ANS parasympathetic and sympathetic emotional arousal and attention) plus fNIRS (measurement of hemodynamic change in cortical structures and neural systems during higher cognitive processing), with Eye-Tracking, and Kinect (gesture measurement) to build an artificial agent + human infant language learning tool (called RAVE) capable of socially-contingent and socially interactive communications with an infant when it is most engaged and "ready to learn."

Taken together, Petitto's research discoveries and scientific writings have offered testable hypotheses and theory regarding the neural basis for the brain's specialization for human language, the types of language features a child must minimally be exposed to (and when) in early life (sensitive or critical periods), what happens if early critical periods are missed, and how best to facilitate optimal language learning in all children acquiring all human languages be they signed or spoken.

Beginning in 1973 in the Department of Psychology at Columbia University, Petitto attempted to teach signed language to a baby chimpanzee ("Project Nim Chimpsky," named after Noam Chomsky, with Professors Herbert Terrace and Thomas Bever). Petitto had a leading role on Project Nim Chimpsky as the "Primary Sign Language Teacher", "Project Coordinator", and primary "Surrogate Mother". Despite the dangers of living with a chimpanzee, Petitto lived with and cared for Nim as a child in an attempt to create a natural language, cognitive, and highly caring and rich social environment, mirroring that of a human child. Most of the chimp's scientific training and accomplishments were achieved during Petitto's 4-year tenure on the Project as Nim's teacher and caretaker. She and her colleagues have authored several of the world's seminal scientific papers on the question of language in chimpanzees, including now classic articles on the similarities and differences between the ape and human mind.

After her undergraduate work with Nim Chimpsky, Petitto went on to make discoveries about the linguistic structure, acquisition, and representation in the brain of the world's natural signed languages, especially American Sign Language (ASL). Using signed languages as a new "microscope" to discover the central/universal properties of human language in the brain (those that are distinct from the modality of language transmission and reception), Petitto focused on the following lines of research:

Petitto's research has contributed to the body of knowledge establishing that the signed languages of deaf people around the world are real languages with the full expressive capacity as spoken languages. Petitto and colleagues were also the first to study experimentally the validity of a widely used educational practice with Deaf children in the 1970s, whereupon teachers (typically hearing) used parts of ASL signs and linguistic structure simultaneously while speaking English in the classroom, called "Simultaneous Communication" (or "Simcom"). The Petitto team's experimental study of Simcom with Deaf children demonstrated empirically that it was highly impoverished at representing either ASL or English, and, in turn, it was a non-optimal teaching method. Instead their work supported the use of a natural signed language with Deaf children from early life such as ASL, which would best provide a solid linguistic foundation upon which to learn other languages (such as English). They advanced the idea that Deaf Education would be best to move to a full Bilingual and Bicultural educational model, and that this course was most commensurate with the biological requirements in human brain development to achieve the most healthy language learning. This research had lasting implications for subsequent Deaf Education policy and practice.

Petitto's more recent studies involve the use of a combination of four disciplines:

Since 2000, Petitto's cognitive neuroscience/educational neuroscience research program (i.e., cognitive neuroscience studies with translational implications for society) has continued. Petitto and her laboratory team are known for discovering that young bilingual children are not harmed, delayed, or confused by early dual language exposure. These children not only achieve their language milestones (in each language) on the same timetable as monolinguals, they demonstrate the same semantic and conceptual development as monolinguals, with societal implications that early-life (rather than later) bilingual and multilingual language exposure is optimal for language and reading success. Petitto and her team have also identified the mechanisms that make possible the human infant's early capacity to phonetically discriminate (segment and categorize) the constantly varying linguistic stream around them, and they have articulated the developmental conditions required for this capacity to grow most vibrantly in all children. Petitto and team have identified fundamental processes that underlie human reading and spelling in all language users and found evidence for select reading advantages in young bilingual children as compared to matched monolingual peers, termed the "bilingual reading advantage". They have further discovered surprising ways in which bilingual schooling can ameliorate the deleterious effects of low SES. They are also among the first group of researchers to compare directly adult bilingual and monolingual brains and what happens when the adult brain learns two artificial languages as a second language. Petitto and team have studied whether training in the Arts provides a beneficial impact specifically to learning other areas of higher cognition. She has conducted studies of how extensive training (expertise) in one domain of knowledge impacts or "transfers" to other domains of knowledge (and the extent of this transfer). For example, Petitto found that extensive training in the Arts positively impacts a young child's learning of other knowledge, a finding vital to educational policymakers with limited budgets. She and her team also studied expert performing artists (e.g., Dancers) and the extent to which "expertise" of this type may transfer to learning "near" and "far" domains of knowledge. Since 2014, Petitto (PI) and her NSF INSPIRE and W.M. Keck Foundation-funded team conduct behavioral, brain, and Artificial Intelligence (Robot, Avatar, Thermal Infrared Imaging) studies specifically to advance understanding of the human learning capacity across the lifespan, and especially the optimal conditions for language learning in young deaf and hearing children acquiring signed and spoken languages.

Petitto is the recipient of over twenty international prizes and awards including,

The contents of this page are sourced from Wikipedia article on 04 Aug 2019. The contents are available under the CC BY-SA 4.0 license.
comments so far.
Comments
From our partners
Sponsored
Trending today in 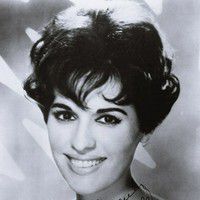 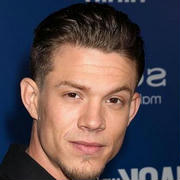