Lars Thorbjørn Monsen (born 21 April 1963 in Oslo) is a Sámi-Norwegian adventurer and journalist, famous for his explorations and backpacking expeditions in harsh wilderness. In particular, he became especially known for his thru-hiking trip in northern Canada, which was filmed and documented by Monsen himself, and then broadcast on NRK in 2005. He spent 2 years and 7 months on this trip alone.

In 2010 Monsen was expedition leader for the Norwegian program "Ingen Grenser" which is a remake of BBCs Beyond Boundaries. In 30 days they covered 500 kilometers over Cap of the North, some of the participants with severe physical limitations. He is married to American-Norwegian artist Trine Rein.

Monsen is a skilled chess player with a FIDE rating of 1877 as of November 2016.

His well-documented expeditions include: 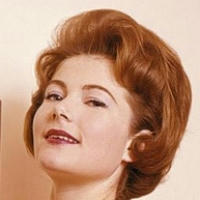