Lars Benzon (July 21, 1687 – October 5, 1741) was a landowner and a Deputy Director (deputeret) in the General Affairs Commission of the Danish Royal Navy.

Lars Benzon was born at Sæbygård Manor on the island of Zealand, Denmark. He was the son of General Counselor of the Admiralty Council, Niels Benzon (1646–1708) and Else Scavenius (1660–89).

In 1717, while he was working as a personal secretary (kammerjunker), he received an appointment as deputy in the General Commissioner, a high-ranking title he held during the times of Count Frederik Danneskiold-Samsøe (1707-1770). Danneskiold was a grandson of King Christian V of Denmark and served as secretary council (Geheimrat) from 1729 and Lieutenant admiral from 1743.

In 1721, Benzon assisted in drafting new approach to accounting for the Danish navy. In 1731 he became a royal advisor (konferensråd). In 1738, an anonymous complaint was made against Danneskiold's administrative approach, which resulted in reports in favour of Danneskiold from the admiralty and the commissariat. Despite these, Benzon ruled against Danneskiold. However, King Christian VI sided with Danneskiold, sharpy rebuking Benzon. Danneskiold called for Benzon's dismissal.

Although the king maintained his authority, Benzon resigned his post.

The contents of this page are sourced from Wikipedia article on 24 Jun 2020. The contents are available under the CC BY-SA 4.0 license.
comments so far.
Comments
From our partners
Sponsored
Reference sources
References
http://denstoredanske.dk/Dansk_Biografisk_Leksikon/Samfund,_jura_og_politik/Myndigheder_og_politisk_styre/Deputeret/Lars_Benzon
http://denstoredanske.dk/Dansk_Biografisk_Leksikon/Samfund,_jura_og_politik/Sl%C3%A6gter/Benzon
https://aarhuswiki.dk/wiki/Frederik_Danneskiold-Sams%C3%B8e
http://denstoredanske.dk/Dansk_Biografisk_Leksikon/Forsvar_og_politi/S%C3%B8officer/Frederik_Danneskiold-Sams%C3%B8e
http://www.danskeherregaarde.dk/nutid/saebygaard-nordjylland
http://www.danskeherregaarde.dk/nutid/hagestedgaard
http://www.danskeherregaarde.dk/nutid/kornerup
Trending today in 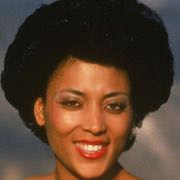 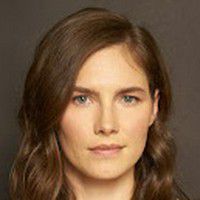 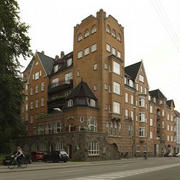