Larry Ray Stuffle was an American politician and lobbyist who served as a Democratic member of the Illinois House of Representatives from the east-central area of the state from 1977 to 1985.

Stuffle was elected to the Illinois House of Representatives in the 1976 general election. He succeeded James S. Emery Jr. who was appointed to replace Robert Craig after the latter was sentenced in the cement bribery case on October 29, 1976. After the Cutback Amendment ended cumulative voting and multi-member districts, Stuffle was successfully elected from the 105th district. He defeated another incumbent legislator; Republican Steven Miller of Catlin. The district included portions of Coles and Vermillion. Notable legislation supported by Stuffle during his tenure included an effort to limit assessment increases on farmland. Stuffle supported the passage of the Equal Rights Amendment. In 1983, Mike Madigan appointed Stuffle to serve as the Chairman of the Select Committee on Economic Recovery. Stuffle was defeated by Babe Woodyard in the 1984 general election. Stuffle ran for the Illinois House of Representatives in the 1986 general election against William Black who was appointed to the Illinois House to succeed Babe Woodyard after the latter's appointment to the Illinois Senate. 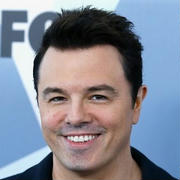 Sports writer for the New York Times for nearly 50 years.