Larry Roeseler is an American professional off-road racer in motorcycle and Trophy Truck classes. He is a 10-time overall winner of the Baja 1000, 12-time overall winner of the Baja 500 and a 10-time gold medalist in the International Six Days Enduro. He has spent the past 25 years racing in numerous off-road circuits, including SCORE/Tecate Baja series and Best In The Desert series. Roeseler also has numerous A.M.A. off-road titles including National Hare and Hound and National enduro championships.

Roeseler won his first Baja 1000 in 1976, riding a Husqvarna to victory with Mitch Mayes. He became a member of the Kawasaki factory racing team in 1987. In 2006, he returned to Kawasaki’s Team Green program where he was involved with testing of future off-road products, public relations for high-profile off-road events and will serve as a media contact for off-road publications.

Roeseler retired from motorcycle racing in 1994 and continues to race sophisticated off-road cars in the SCORE Baja 1000 and Baja 500 events. Roeseler was recognized for his many motorcycling achievements in 1999 by being inducted into the American Motorcyclist Association Motorcycle Hall of Fame. 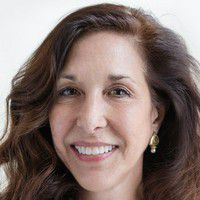