John Lawrence Finneran, better known by his stage name Larry Finnegan (Some have him listed with stage name "Larry Finneran" but that is incorrect)(October 10, 1938 – July 22, 1973) was an American pop singer.

In the mid-1960s Finnegan moved to Sweden, where he had more hits. In 1966 he started his own record label SvenskAmerican, which published his own records - for example the singles "Good Morning Tears" and "Bound for Houston" - and also records with the Swedish group Sven-Ingvars. Finnegan recorded several records in Swedish, such as "Maria, min vän" (Maria, my friend) and "Hälsa hem till mamma" (Send your greetings to my mamma) in 1967. After that he moved to Switzerland, and in 1970 back to the United States. 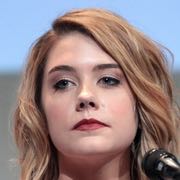