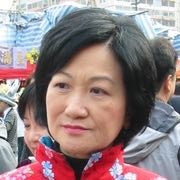 Larry Jay Diamond (born October 2, 1951) is an American political sociologist and leading contemporary scholar in the field of democracy studies. He is a professor of Sociology and Political Science (by courtesy) at Stanford University and a senior fellow at the Hoover Institution, a conservative policy think tank. At Stanford he teaches courses on democratic development and supervises the democracy program at the Center on Democracy, Development, and the Rule of Law. He has published extensively in the fields of foreign policy, foreign aid, and democracy.

Diamond is also a senior fellow at the Freeman Spogli Institute for International Studies, which is Stanford University's main center for research on international issues. At the Institute Diamond serves as the director of the Center on Democracy, Development, and the Rule of Law. The CDDRL's most recent accomplishment came in the spring of 2011 by building a technological community between Tahrir Square (Cairo, Egypt) and Silicon Valley (California Bay Area). This community was fully focused on helping mobilize protesters in Egypt who eventually helped in the downfall of autocratic president Hosni Mubarak.

Diamond has served as an advisor to numerous governmental and international organizations at various points in his life, including the United States Department of State, United Nations, World Bank, and U.S. Agency for International Development. He is a founding co-editor of the National Endowment for Democracy's Journal of Democracy. He is also a coordinator of the Hoover Institution's Iran Democracy Project, along with Abbas Milani and Michael McFaul.

Diamond was educated at Stanford University, completing a degree in Political Organization and Behaviour in 1974, an M.A. at Stanford's Food Research Institute in 1978, and a Ph.D. in Sociology in 1980.

Diamond was Assistant Professor of Sociology at Vanderbilt University (1980–1985). He was founding co-director of the National Endowment for Democracy's International Forum for Democratic Studies (1994–2009).

Among the many governmental and nongovernmental agencies that he has advised, Diamond served as a consultant to the U.S. Agency for International Development from 2002 to 2003.

Diamond was named Stanford's " Teacher of the Year" in May 2007. At the June 2007 commencement ceremonies he was awarded the Dinkelspiel Award for Distinctive Contributions to Undergraduate Education. Among the many reasons for Diamond to receive this award it was cited that he fostered dialogue between Jewish and Muslim students.

He was the dissertation adviser for Regina Ip, former police chief of Hong Kong during her years at Stanford.

In early 2004, Diamond was a senior adviser on governance to the Coalition Provisional Authority in Iraq.

His book Squandered Victory: The American Occupation and the Bungled Effort to Bring Democracy to Iraq, published in 2005, was one of the first public critical analyses of America's post-invasion of Iraq strategy.

In 2006, Professor Diamond was among the people interviewed by the Iraq Study Group which was chaired by James Baker and Lee H. Hamilton.

Despite the surge of democracy throughout the world up until the 1990s, Diamond believes democracy must improve where it already exists before it can spread to other countries. He believes solving a country's governance, rather than its economy, is the answer. Every democratic country needs to be held responsible for good governance, not just when it suits them. Without significant improvements in governance, economic growth will not be sustainable. As Diamond stated in his book, The Spirit of Democracy: The Struggle to Build Free Societies Throughout the World, "for democratic structures to endure – and be worthy of endurance – they must listen to their citizens' voices, engage their participation, tolerate their protests, protect their freedoms, and respond to their needs."

Diamond has written and edited many pieces on the growth of democracy and its current recession on an international level. In his paper "The Democratic Rollback: The Resurgence of the Predatory State," Diamond states that one of the main reasons for this recession in democracy is a surge of young democratic countries who employ rigged elections, intense intimidation of any opposing political party, and unstoppable expansion in executive power. What makes it worse is that many of these countries are still being accepted as democracies by western states. He cites Vladimir Putin in Russia and Hugo Chávez in Venezuela as examples. Due to the growth of these corrupted semi-democracies, which Diamond calls electoral authoritarianism, there has been a worldwide fall in the confidence in democracy, especially in developing countries.

Unlike many other political scientists, Diamond doesn't hold economic development, or lack thereof, as the number one factor in the decline of democracy. Diamond states that the efficiency of the government is the first problem. If the government cannot provide a safe and equal economic and political playing field then any work in promoting economic development will be useless. He cites the Kenyan President Mwai Kibaki as an example. Kibaki helped Kenya reach some of its highest levels of economic growth but failed to address massive corruption, which led to claims of fraud in his 2007 presidential election, which in turn exploded into violence.

Diamond believes if governance is not improved in democratic states, people will turn to authoritarian alternatives. This will then lead to predatory states. Predatory states produce predatory societies: people do not gain wealth and a better quality of life through ways beneficial to the entire country, but get rich by taking advantage of power and privilege, by stealing from the state, and diminishing the power of the law. In order to ensure predatory states do not occur, institutions must be put in place to establish control and order.

So that democracy can be revived, and sustained, throughout the world, the U.S. and other developed countries must play their part. The U.S. should primarily give financial aid to countries that are using the money to further develop their governance. This selectivity is defined in the Millennium Challenge Account (part of Bush's foreign policy). Under this policy, it says a country will receive aid dependent on "whether they rule justly, whether they invest in basic health care and education, and whether they promote economic freedom." The important thing to remember is promoting democracy will take time and effort.

Books for which he has been an editor include:

The contents of this page are sourced from Wikipedia article on 30 Apr 2020. The contents are available under the CC BY-SA 4.0 license.
View Larry Diamond 's image gallery
Image Gallery 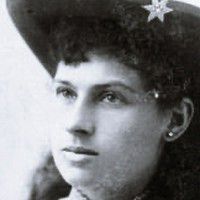 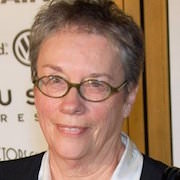