Lao Ai (Chinese: 嫪毐; pinyin: Lào Ǎi; died 238 BCE) was an imposter eunuch and official of the State of Qin during the late Warring States period. He was the lover of Queen Dowager Zhao, the mother of Qin Shi Huang, later the First Emperor of China. He was enfeoffed as Marquis of Changxin (長信侯). After a conspiracy to incite rebellion was uncovered, he was executed by Qin Shi Huang.

During the formative years of King Zheng's (later Qin Shi Huang) reign, Lü Buwei ended his affair with Zheng's mother, Queen Dowager Zhao, and gave Lao Ai to her. Lü and the Queen organised a false castration in order to facilitate Lao Ai's admission to the Queen's palace as a eunuch.

After moving to the provisional capital Yong, Lao Ai fathered two children, and gave himself the diminutive "false father". Lao Ai profited from his status and gathered over one thousand servants and followers.

In 238 BCE, following the royal proclamation announcing Lao Ai's status as an imposter lover consorting with the Queen Dowager, with plans to secretly father the next king, Lao Ai was investigated. During this time, he attempted a coup d'état with a small number of followers, using the Queen Dowager's seal to gain legitimacy.

Without popular support, military training, numbers or sufficient organisation, Lao Ai's followers were quickly defeated. Lao Ai was punished by being dismembered and torn apart by five horses and the Queen Dowager was imprisoned in her palace and her two sons were killed. Followers were exiled to the former state of Shu.

In Manga Kingdom, he was described as an indecisive man. But he loved the Queen Mother truly. He followed what she says, even becoming king of Ai. 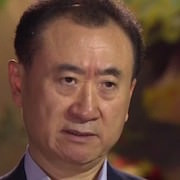