Caroline Louise of Hesse-Darmstadt (11 July 1723 – 8 April 1783), was a consort of Baden, a dilettante artist, scientist, collector and salonist.

The daughter of Louis VIII of Hesse-Darmstadt and Charlotte Christine Magdalene Johanna of Hanau, she married on January 28, 1751 to Charles Frederick, Margrave of Baden.

She is described as learned, spoke five languages, corresponded with Voltaire and made Karlsruhe to a cultural centre in Germany where she counted Johann Gottfried von Herder, Johann Caspar Lavater, Johann Wolfgang von Goethe, Friedrich Gottlieb Klopstock, Christoph Willibald Gluck and Christoph Martin Wieland among her guests. She was a member of Markgräflich Baden court orchestra and the Danish Academy of Fine Arts, draw, painted in water colours and had a laboratory set up in the Karlsruhe palace. Carl von Linné named Glückskastanie Carolinea Princeps L. after her, and Friedrich Wilhelm von Leysser was hired to gather plants for her. She supported herself and managed a soap- and candle-factory. Her health was ruined by a fall in 1779, and she died by a stroke during a trip with her son.

Her collections were the foundation of the Staatliche Kunsthalle Karlsruhe and the State Museum of Natural History Karlsruhe.

Caroline Louise with her sons Charles Louis and Frederick.
Painting by Joseph Melling, 1757. 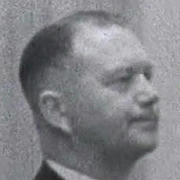