Lamine Gassama (born 20 October 1989) is a Senegalese professional footballer who plays as a right back for Turkish club Göztepe and the Senegal national team.

Gassama grew up in the neighbourhood of La Castellane in the city of Marseille. He began his career playing for FC Martigues, just north of his hometown. After spending two years in the youth system, he returned to Marseille and joined local club Aubagne FC. There, he caught the attention of Olympique Lyonnais and joined the club's academy the following year.

Before the start of the 2008–09 season, Gassama was promoted to the first-team squad participating in Lyon's pre-season tour. He appeared in all five matches including starts against Nîmes Olympique, Rapid Bucureşti, and AS Nancy. On 2 September 2008, it was announced by Lyon that Gassama had signed a professional contract keeping him with the champions until 2011. He made his professional football debut on 29 October 2008 against FC Sochaux-Montbéliard starting in the right back position. The match resulted in a 2–0 victory with Gassama playing the full 90 minutes.

Gassama made seven league appearances, and also made his debut in the UEFA Champions League starting Lyon's final group stage match against Bayern Munich, with his primary responsibility being to contain fellow Frenchman and the much more experienced Franck Ribéry. The matchup, in the end, was unquestionably in Ribéry's favor, as Lyon lost the match 2–3 with the French talisman being involved in two of Bayern's goals and Gassama being substituted out in the 64th minute.

On 26 January 2012, Gassama joined Lorient on a free transfer, after Olympique Lyonnais decided not to extend his contract.

Gassama made no appearances with any of France's youth squads. However, due to his performances with Lyon, he received a surprise call-up to the under-21 squad, who were looking to start fresh after their elimination from the 2009 UEFA European Under-21 Football Championship, for a friendly against Denmark. He made his under-21 debut in that match starting the match in the right back position before being subbed out in the 82nd minute. France would go on to win the match 1–0.

In May 2011, it was confirmed that Gassama would be representing Senegal at senior international level. He made his debut on 10 August 2011 in a 0–2 friendly home defeat against Morocco.

The contents of this page are sourced from Wikipedia article on 05 Apr 2020. The contents are available under the CC BY-SA 4.0 license.
View Lamine Gassama 's image gallery
Image Gallery 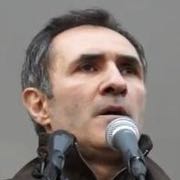