Lambert Wilson (born 3 August 1958) is a French actor. He is internationally known for his portrayal of The Merovingian in The Matrix Reloaded and The Matrix Revolutions. Wilson is the son of Georges Wilson, who was an actor, theatrical manager and director of the Théâtre National Populaire.

Wilson screen tested for The Living Daylights (1987) for the role of James Bond, appearing in test footage opposite Maryam d'Abo (the Bond girl in The Living Daylights) as Tatiana Romanova, re-enacting scenes from From Russia with Love (1963). Wilson was featured in a series of Calvin Klein ads featuring Christy Turlington for Eternity in 1991, as well as a poster ad, years later in 1998.

Wilson released Musicals on the EMI label in 1989 (re-issued in 2004), with John McGlinn conducting Orchestre Philharmonique de Monte-Carlo. It features him singing songs of the American Musical Theatre catalogue, those well-known ("Maria" from West Side Story, "There But For You Go I" from Lerner & Loewe's Brigadoon, "The Cafe Song" from Les Misérables, "Johanna" from Stephen Sondheim's Sweeney Todd), rare ("Love Song" from Kurt Weill and Alan Jay Lerner's Love Life, "It Must Be So" from Leonard Bernstein's Candide, and "Silly People", which was cut from Sondheim's A Little Night Music), and those in-between ("Finishing the Hat" from Sunday in the Park with George, "You Do Something to Me" from Cole Porter's Fifty Million Frenchmen, "Never Will I Marry" from Frank Loesser's Greenwillow).

In November 2012, he was selected as a member of the main competition jury at the 2012 International Film Festival of Marrakech. In April 2013, Wilson was invited by MINUSTAH (the United Nations Stabilization Mission in Haiti) to visit Haiti in the capacity of helping with various UN-backed environment and cultural programmes. He was the master of ceremonies for the opening and closing ceremonies of the 2014 Cannes Film Festival and 2015 Cannes Film Festival.

In February 2016, he released a tribute album called Wilson chante Montand to the singer Yves Montand to commemorate the 25th anniversary of the death of the artist. Among the 17 tracks on the album there is Mais qu’est-ce que j’ai ? which was composed by Henri Betti with the lyrics by Édith Piaf in 1947. The musical arrangements of the 17 songs were made by Bruno Fontaine. 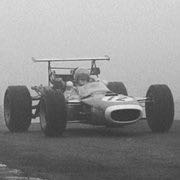