Lajos Veress de Dálnok (4 October 1889 - 29 March 1976) was a Hungarian military officer, who served as commander of the Hungarian Second Army during the Second World War.

Before the beginning of the surrender negotiations with the Allies Regent Miklós Horthy, who tried to step out of the war, was appointed him homo regius (the regent's deputy) if Horthy would be indisposed. As a result of his pro-German officers' betrayal the German army arrested Veress and gave to the Arrow Cross authorities; a military court sentenced him to fifteen years. He was imprisoned on 16 October 1944 in Sopronkőhida but later successfully escaped. He retired in 1946.

Veress was sentenced to death on 16 April 1947 on charges of right-wing, anti-state conspiracy by a People's Tribunal. The National Council of People's Tribunals then mitigated and changed the sentence to life imprisonment. He was released during the 1956 uprising and left the country on 3 November 1956. From 1958 he served as chairman of the World Federation of Hungarian Freedom Fighters. Veress died in London. He was buried in Berkeley Springs, West Virginia.

The contents of this page are sourced from Wikipedia article on 07 Mar 2020. The contents are available under the CC BY-SA 4.0 license.
View Lajos Veress 's image gallery
Image Gallery 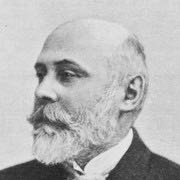