A year after giving birth to her son Alexandre, she gave in to a friend's advice and started working as a model in her native Brazil. It didn't take long for her to move on and in 2009 she walked the major international catwalks for such designers as Shiatzy Chen, Chanel, Louis Vuitton, Gucci, Dolce & Gabbana, Versace, and Marc Jacobs. During the fashion week of Brazil for the spring/summer 2011 collections, Ribeiro was the most booked runway model with 27 shows during São Paulo Fashion Week and 26 shows during Rio Fashion Week.

She has been photographed for American, Brazilian, German, and Italian Vogue, and appeared in ad campaigns for Ralph Lauren, Christian Dior, Tom Ford, GAP and American Eagle.

She became a Victoria's Secret Angel in 2015.. In 1 November 2017, Ribeiro was chosen to wear the "Champagne Nights Fantasy Bra" for the 2017 Victoria's Secret Fashion Show held in Shanghai, China in 28 November 2017. The $2 million dollar bra, named the "Champagne Nights Fantasy Bra", was created by Mouawad. The bra and its matching belt is handset with 6,000 yellow diamonds, yellow sapphires, and blue topaz in 18 karat gold.

Ribeiro has a son, born on May 17, 2008. In 2015, she began dating American basketball player Jared Homan. She is of Amerindian, German, and African descent. 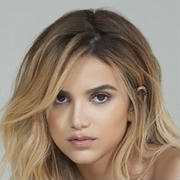