Early in 1744 Angus Mackintosh was offered one of three new Independent Companies being raised by John Campbell, 4th Earl of Loudoun to support the British-Hanoverian Government. Anne, dressed in male attire, rode around the glens and, in a very short time, enlisted 97 of the 100 men required for the captaincy. During the Jacobite rising of 1745, Angus' company fought for Lord Loudon's Government forces, aka. the Black Watch, in the Highlands.

When the Jacobite Prince Charles Edward Stuart landed in Scotland in 1745, Anne, then 22 years old, forcefully raised between 200 and 400 men from Clan Mackintosh and the confederation of Clan Chattan for the Prince. As women could not command in the field, the regiment was placed under the command of the chief of the Clan MacGillivray, a member of the confederation. 'Colonel' Anne's regiment joined the Prince's army at Bannockburn, near Stirling Castle, in January 1746, 12 days before the Battle of Falkirk Muir.

A month later the Prince was staying at Moy Hall, Lady Anne's home. She received a message from her mother-in-law that 1,500 of Lord Loudon's men, including her husband's company stationed 8–12 miles away at Inverness, were planning a night raid on Moy Hall to snatch the Prince (and claim the £30,000 bounty). Anne sent five of her staff out with guns to crash about and shout clan battle cries to trick the Government forces into thinking they were about to face the entire Jacobite army. The ploy worked and the Government force fled. The event became known as The Rout of Moy.

The next month her husband, who supported the Government and 300 of Loudon's men were captured north of Inverness by the Jacobites. The Prince paroled Captain Mackintosh into the custody of his wife, Lady MacKintosh, commenting "he could not be in better security, or more honourably treated". She famously greeted him with the words, "Your servant, captain" to which he replied, "your servant, colonel" thereby giving her the nickname "Colonel Anne". She was also called La Belle Rebelle (the beautiful rebel) by the Prince himself.

After the Jacobite defeat at the Battle of Culloden in April 1746, Lady M was arrested and turned over to the care of her mother-in-law for a time. Lady Anne stepped in to stop Anne McKay, a local Inverness woman who helped Jacobite officer Robert Nairn escape, being whipped through the streets of Inverness. Lady Anne later met Prince William, Duke of Cumberland at a social event in London with her husband. He asked her to dance to a pro-Government tune and she returned the favour by asking him to dance to a Jacobite tune.

She died on 2 March 1784 at Leith. She is buried in North Leith Graveyard on Coburg Street. Her grave is marked by a white Jacobite rose and a commemorative plaque. 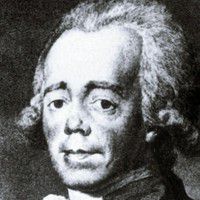 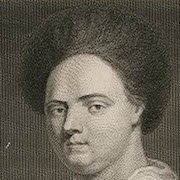