Ladan Osman (Somali: Laadan Cismaan, Arabic: لادان عثمان‎) is a Somali-American poet and teacher. Her poetry is centered on her Somali and Muslim heritage, and has been published in a number of prominent literary magazines. In 2014, she was awarded the annual Sillerman First Book Prize for her collection The Kitchen Dweller's Testimony.

Osman was born in Mogadishu, Somalia, and grew up in Columbus, Ohio in the United States.

For her post-secondary education, Osman earned a BA from Otterbein University. She subsequently studied at the University of Texas at Austin's Michener Center for Writers, where she obtained an MFA.

Osman is a teacher by profession.

Her verse has been featured in a number of poetry publications, including Narrative Magazine, Artful Dodge, Vinyl Poetry, Prairie Schooner and RHINO. Her poems have also appeared in former US Poet Laureate Ted Kooser's syndicated newspaper column, "American Life in Poetry."

Osman's poetry is shaped by her Somali and Islamic heritage. Fellow Somali author Nuruddin Farah serves as among her main artistic influences. She also cites verse by the Palestinian poet Mahmoud Darwish, the Sudanese writer Tayeb Salih, as well as the American poets Sherman Alexie, Gwendolyn Brooks and Li-Young Lee as additional inspirations.

Her chapbook, Ordinary Heaven, was released in March 2014. Her first full-length collection The Kitchen-Dweller’s Testimony was published in 2015 and was decorated with the Sillerman First Book Prize for African Poets.

In February 2014, Osman was named the winner of the annual Sillerman First Book Prize for African Poets for her collection The Kitchen Dweller's Testimony. The $1000 award was accompanied by the publication of her poetry anthology by the University of Nebraska Press in conjunction with Amalion Press.

The contents of this page are sourced from Wikipedia article on 29 Aug 2020. The contents are available under the CC BY-SA 4.0 license.
comments so far.
Comments
From our partners
Sponsored
Reference sources
References
https://web.archive.org/web/20140307104507/http://www.heardmagzine.com/2013/12/ladan-osman.html
http://www.heardmagzine.com/2013/12/ladan-osman.html
http://www.poetryfoundation.org/bio/ladan-osman
http://www.narrativemagazine.com/authors/ladan-osman
http://akatasia.com/articles/ladan-osman-wins-the-2014-sillerman-first-book-prize-for-her-collection-the-kitchen-dwellers-testimony-poetry-somalia/
http://africanpoetrybf.unl.edu/ladan-osmans-collection-the-kitchen-dwellers-testimony-is-the-winner-of-the-2014-sillerman-first-book-prize-for-african-poets/
Trending today in 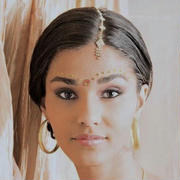 Minister of Agriculture and Livestock

Second Deputy Speaker of the Federal Parliament of Somalia