Timothy Lee McKenzie (born 4 January 1989), better known by his stage name Labrinth, is an English singer, songwriter, rapper and record producer. After initially pursuing a career in music production, Simon Cowell signed him to his record label Syco Music as a recording artist, after which Labrinth became the first singer who Cowell signed without having competed on a talent show in six years.

Labrinth made his debut appearance on the UK Singles Chart in March 2010, when his collaboration with English rapper Tinie Tempah, "Pass Out", reached number one. McKenzie has collaborated with Tinie Tempah on numerous occasions since. Labrinth's first solo single, "Let the Sun Shine" was released in September 2010, reaching number three in the same chart. His debut album Electronic Earth, was released on 31 March 2012, having been preceded by the singles "Earthquake", featuring Tinie Tempah and "Last Time", which peaked at number two and number four, respectively. He achieved his first number-one single in November 2012 with "Beneath Your Beautiful", featuring Emeli Sandé.

In 2018, Labrinth created the supergroup LSD, along with Australian singer-songwriter Sia, and American DJ and producer Diplo. They released their first single, "Genius", on 3 May 2018, with their second, "Audio", being released a week later on 10 May 2018. Their third single called "Thunderclouds" was released on 8 August 2018.

McKenzie was born and raised in Hackney, London; he is of Jamaican and Canadian descent. He comes from a family of musicians, and has eight siblings. Their home was filled with the sound of American gospel music, which their parents loved. When young, he and his eight siblings formed a band called Mac 9. He attended Stoke Newington School and began to pursue a musical career during his school years. His brother, Mac (who also goes by the name mac1), is a producer, and introduced McKenzie at the age of 15 to the art of creating music in his studio.

Labrinth started his career by producing the track "Dead End" for recording artist Master Shortie from the album A.D.H.D. (2009). The track generated interest in McKenzie as a producer and songwriter. Guy Moot of EMI Music Publishing offered the artist a publishing deal. From 2010 to 2011, Labrinth mentored the Urban Development Vocal Collective (UDVC) alongside his sister, ShezAr. He also produced multiple tracks for the collective, contributing towards a nine-track project titled Urban Development. The vocalists also provided backing vocals for Labrinth's original tracks. Other artists to collaborate with the collective include Wretch 32, Chip, Maverick Sabre and Devlin.

McKenzie appeared as an uncredited guest artist on British rapper Tinie Tempah's debut single, "Pass Out," released on 28 February 2010. He had also produced and co-written the track. The single debuted at number-one on the UK Singles Chart, number six on the Irish Singles Chart, and number seventy in Australia. Having spent two weeks at the summit in the United Kingdom, "Pass Out" was awarded Best British Single at the 2011 BRIT Awards and Best Contemporary Song at the 2011 Ivor Novello Awards. It achieved platinum certification from the British Phonographic Industry for surpassing sales of 600,000 copies. Several months later the two artists collaborated for a second time in the release of Tempah's second single, "Frisky," also co-written and produced by McKenzie. The single debuted at number two in the United Kingdom, beaten only by the charity single "Shout" by Dizzee Rascal and James Corden. The track had chart success in Scotland, where it became the duo's second consecutive number one single, also peaking at number three in Ireland.

Throughout 2010, McKenzie continued writing material for a number of high-profile artists, including Professor Green for the track "Oh My God" (Alive Till I'm Dead), Ola Svensson for the track "Let It Hit You" (Ola), and Loick Essien for "Love Drunk" (Identity).

"This is a crucial moment in my career, I've always been an ambitious and driven person and Simon has given me a bigger playing field."

-Labrinth talking about his signing to Syco.

Following chart success as a writer and producer, Labrinth was approached in June 2010 and signed to Simon Cowell's record label, Syco. The signing marked a milestone for the label, with McKenzie becoming the first signing in six years who had not gained exposure on one of Cowell's reality talent shows. Through Syco, Labrinth released his debut single "Let the Sun Shine" on 27 September 2010 in the United Kingdom. The track debuted at number three in the UK, also reaching number thirty-two in Ireland. Labrinth was featured as an artist a third time in 3 January 2011, with the release of British rapper Devlin's single "Let It Go." This had limited chart success, peaking at number fifty-nine in the UK. He was also participated in a remake of Charles Wright & the Watts 103rd Street Rhythm Band's "Express Yourself".

Whilst beginning work on his debut studio album in early 2011, Labrinth assisted several artists as a producer, including: Yasmin and the single "Finish Line" and Ms. Dynamite and her comeback single "Neva Soft". It was revealed in September 2011 that Labrinth was to appear on the Children in Need 2011 charity single, "Teardrop", a cover of the Massive Attack song by the same name. Under the name 'The Collective', Labrinth appeared as one of many artists assembled by Take That member Gary Barlow, which included Chipmunk, Wretch 32, Mz. Bratt, Dot Rotten, Rizzle Kicks, Ed Sheeran, Ms. Dynamite and Tulisa Contostavlos. The single, which was performed both at Children in Need 2011 and Children in Need Rocks Manchester on 17 November 2011 debuted at number twenty-four on the UK Singles Chart.

Labrinth released his second single, "Earthquake" on 23 October 2011 – featuring long-term collaborator Tinie Tempah. The single debuted at number two on the UK chart with first week sales of 115,530 copies – the second highest selling number-two behind X Factor winners Little Mix and their cover of Damien Rice's "Cannonball". The track also saw international chart success, peaking at number twelve in Ireland, number five in New Zealand and number twenty-one in Australia; achieving gold certification from the Australian Recording Industry Association and platinum certification from the Recording Industry Association of New Zealand. In December 2011, Labrinth confirmed the release date of his debut studio album, Electronic Earth, which having originally been 12 March 2012 was pushed back until 2 April 2012. The album was preceded by a third single, "Last Time", which was released on 18 March 2012 as a four-track digital EP alongside remixes from Knife Party and Gareth Emery.

On 25 December 2012, Labrinth released the Atomic EP for free download via SoundCloud. It features Plan B, Devlin, Wretch 32, Ed Sheeran, Maxsta, Lady Leshurr and Etta Bond among others.

Labrinth had been working on his second studio album since 2013. He has written with Ed Sheeran for the album. He has also been in the studio throughout November 2013 recording album content, and will soon be revealing some new material. He also appeared on two tracks for Tinie Tempah's second studio album Demonstration: the third single "Lover Not a Fighter" and the album track "It's OK".

In July 2013, Labrinth was picked as Elvis Duran's Artist of the Month and was featured on NBC's Today show hosted by Kathy Lee Gifford and Hoda Kotb, where he performed live his song "Beneath Your Beautiful".

Labrinth features on the track "Losers" on The Weeknd's album Beauty Behind the Madness (2015). Labrinth also did a duet on the track "Fragile", the lead promotional single from Kygo's debut studio album Cloud Nine.

In 2016, Labrinth worked alongside Mike Posner on Posner's widely successful album At Night, Alone. Labrinth is featured and co-wrote on the sixth single, "Silence". The album was officially released on 6 May 2016. "Silence" was written by both Posner and Labrinth. The song was produced by Posner and Terefe. He also produced and was featured in "Make Me (Cry)", Noah Cyrus' debut single, released on 14 November 2016.

After his duet "To Be Human" with Sia on Wonder Woman soundtrack in 2017, Labrinth became one of the members of the supergroup LSD along with Sia and music producer Diplo. It was the first time the three artists have worked together on a single project. According to Diplo, LSD started when he was invited into the studio to write with Labrinth and Sia. "Genius" is the first piece of music from the group. LSD released their debut album Labrinth, Sia & Diplo Present... LSD on 12 April 2019.

Labrinth was the lead composer for the 2019 HBO drama series Euphoria. In November 2019, Labrinth received a Grammy Award nomination for Best Remixed Recording alongside Sia and Diplo for "Audio (CID Remix Official Dance Remix)". In the same month, he released his sophomore studio album titled Imagination & the Misfit Kid. 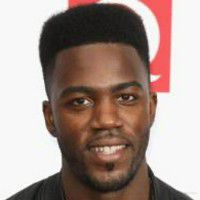 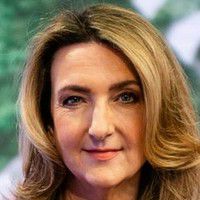