A lifelong resident of Winston-Salem, Burke graduated from East Forsyth High School. He is a graduate of Morehouse College and North Carolina Central University School of Law.

Upon graduation from law school, Burke became a prosecutor initially in Kinston, North Carolina then returning to Winston-Salem. Afterwards, he went into private practice at the law firm of Friende and Burke. In December 1994, only nine years after graduating from law school, Governor James B. Hunt appointed Burke to the Superior Court Bench, at the time serving as the youngest Resident Superior Court Judge in the State.

Burke formed a drug awareness and educational support workshop for youth at the Piedmont Public Housing Development. He served as vice-chairman to his political party in his county, president of that party's young persons club and played integral roles in both his mother's and father's political campaigns. While presiding in Wilkesboro, North Carolina, Burke heard a case where a drunken female driver killed a driver in another vehicle. As a result of her guilty plea, he ordered her to wear a sign that stated she was a convicted drunk driver and as a result a life was taken. The sign was to be worn for an hour once a month outside of the courthouse for a year. Additionally, she was to maintain a memorial site at the scene of the accident, obtain an alcohol assessment, serve six months in jail, and to be on probation for a period of time to perfect the aforementioned. This creative sentencing received national and international attention. Burke appeared on a British radio talk show, Nancy Grace's Pros and Cons, Fox National News, John Walsh and numerous local news outlets from print to audio and video media. 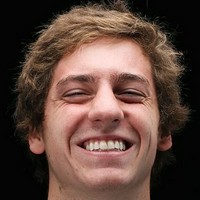