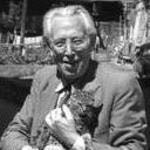 He was a brother of Marie Neurath. Beginning in 1912, he studied in Freiburg, Munich, Marburg, and Göttingen. In 1920, he got the staatsexamen (master's degree) in mathematics, philosophy, physics, chemistry, and geology. He received his doctorate in 1921 with a thesis in algebraic number theory at the University of Hamburg under the supervision of Erich Hecke.

He became interested in differential geometry; he edited Wilhelm Blaschke's 2nd volume about that issue, and both made an acclaimed contribution to the Jena DMV conference in Sep 1921.

In October 1922 (or 1923) he was appointed assistant professor at the University of Vienna. While there he became familiar with the work of Wilhelm Wirtinger on knot theory, and became closely connected to Hans Hahn and the Vienna Circle. Its manifesto (1929) lists one of Reidemeister's publications in a bibliography of closely related authors.

In 1925 he became full professor at University of Königsberg; he stayed until 1933, when he was regarded politically unsound by the Nazis, and dismissed from his chair.

Blaschke managed to get a promise about Reidemeister's reappointment, and in autumn 1934 he got the chair of Kurt Hensel in Marburg. He stayed there, except for a visit to the Princeton Institute for Advanced Study in 1948–1950, until he got appointed to Göttingen University in 1955, where he stayed until his emeritation.

Reidemeister's interests were mainly in combinatorial group theory, combinatorial topology, geometric group theory, and the foundations of geometry. His books include Knoten und Gruppen (1926), Einführung in die kombinatorische Topologie (1932), and Knotentheorie (1932). He co-edited the journal Mathematische Annalen from 1947 until 1963.

The contents of this page are sourced from Wikipedia article on 08 Mar 2020. The contents are available under the CC BY-SA 4.0 license.
View Kurt Reidemeister 's image gallery
Image Gallery