Kurt Dittmar (January 5, 1891 in Magdeburg – April 26, 1959 in Stadtoldendorf) was a German general in World War II, who served as the Official Military Commentator of the German Armed Forces.

Dittmar entered the German Imperial army as Officer candidate in March 1909. He was assigned to the 4th Engineer Battalion (Magdeburgisches Pionier-Bataillon Nr.4.) and commissioned a second lieutenant one year later. During World War I, Dittmar served with the rank of captain as a company commander and also as a temporary battalion commander.

After the War, Dittmar entered the Reichswehr and continued to serve with engineers units, where he reached the rank of Colonel (Oberst) to the date of April 1, 1936. With the outbreak of the World War II, Dittmar served as a commander of the engineer school in Berlin-Karlshorst.

He became a divisional commander in February 1941 and led the 169th Infantry Division, which was later stationed in Finland. In the summer of 1941, he participated in Operation Polarfuchs but was evacuated from Finland a few months later due to illness. He was rewarded for his leadership with the German Cross in Gold and also received Order of the Cross of Liberty, 1st Class with Swords by the Finnish government.

He was posted to the Army High Command Leader Reserve in October 1941, and became General for Special Employment in April 1942. In that post, which he held over the remainder of his war service, he was the Official Military Commentator of the German Armed Forces. A rumor that he committed suicide in April 1945 was dispelled on the 23rd when he surrendered to soldiers of the 30th U.S. Infantry Division at Magdeburg. He later told his captors that the National Redoubt did not exist. Dittmar was held in U.S and later in British captivity until May 1948. 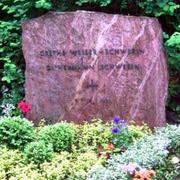 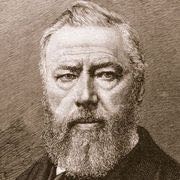