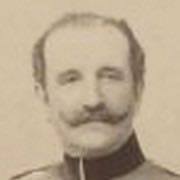 In 1907 the journalist Maximilian Harden publicly accused Moltke and Philipp, Prince of Eulenburg-Hertefeld of a homosexual relationship. At this time, homosexual acts between men were illegal per Paragraph 175 of the German Criminal Code.

Accusations and counter-accusations quickly multiplied. Later that year, Moltke sued Harden for libel. His ex-wife Lilly (who had since remarried and was now called Lilly von Elbe) voluntarily testified against him. Magnus Hirschfeld, a physician and sexologist who supported the legalization of homosexuality in Germany, also testified that he believed Moltke to be homosexual. The court sensationally acquitted Harden and concluded that he had been telling the truth about Moltke's sexuality. However, the verdict was voided due to faulty procedure.

In 1908 Hardman was retried, and this time he was found guilty of libel against Moltke.

Moltke played little further part in public life after the Harden-Eulenberg affair. He died in Berlin in 1923.

The contents of this page are sourced from Wikipedia article on 08 Mar 2020. The contents are available under the CC BY-SA 4.0 license.
View Kuno von Moltke 's image gallery
Image Gallery