Kseniya Ryabinkina is a Russian professional ballet dancer and character actor in Russian and Hindi cinema from the 1960s till date.

Kseniya was born in Moscow to a ballerina mother and a geo-physics doctor. She has an elder sister by four years by name of Elena, also an accomplished ballerina.

She started her career as a ballerina in Moscow’s Bolshoi Theatre.

In 2009, the Russian actress made her return to Bollywood. Ryabinkina acted in Chintuji, a film that was loosely based on incidents from Raj Kapoor's son – Rishi Kapoor’s life. She still mentors ballerinas and actors in Russia.

She was married to the late Aleksei Stychkin, and her son is the Russian actor Eugene Stychkin. 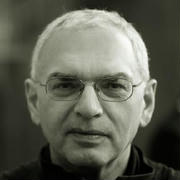