Kristen Noel Swanson (born December 19, 1969) is an American actress. She is best recognized for having played Buffy Summers in the 1992 film Buffy the Vampire Slayer and appeared in the 1996 film The Phantom.

Swanson was born and raised in Mission Viejo, California. At the age of nine, she expressed interest in acting to her parents, and began pursuing roles in television commercials. She landed her first job appearing in a doll house commercial, which was followed with several more commercial appearances.

Swanson began her acting career at The Actors Workshop with R. J. Adams and promptly moved into TV advertising roles and several one-off appearances in TV series such as Cagney and Lacey and Alfred Hitchcock Presents. In 1986, she debuted on the big screen in two John Hughes films: Pretty In Pink, in a non-speaking role, and Ferris Bueller's Day Off as a character who announces a convoluted excuse for Ferris' absence in class. Her first starring role was later in 1986, in Wes Craven's Deadly Friend as Samantha – "the girl next door." The next year she played Cathy in the adaptation of V. C. Andrews' best-seller Flowers in the Attic.

Swanson described how she was cast in Pretty in Pink: "[Writer] John Hughes said, 'We're re-shooting the end of Pretty in Pink. I was wondering if you would come be in this scene with our main character, Ducky, because the way we tested it in the movie theater, it didn't work. We need him to end up with somebody else at the end of the movie. So would you play the part?'"

By 1990, Swanson had made many television appearances, including multiple appearances in Knots Landing (1987–1988), Nightingales (1989), her first starring role in a TV series, although it only lasted a season, and a short-lived Burt Reynolds television series called B.L. Stryker (1989).

Throughout the 1990s, she starred mostly in films. She played the title role in the 1992 movie Buffy the Vampire Slayer, although the fandom cites her as the inferior Buffy when compared to Sarah Michelle Gellar who portrayed the title character in the tv show of the same name. She appeared in both starring and supporting roles in movies such as Hot Shots!, The Program, The Chase, or her most critically acclaimed role, playing Kristen Connor, a student discovering her sexuality, in John Singleton's Higher Learning. She also appeared in the film adaptation of the comic-book The Phantom and the dark comedy 8 Heads in a Duffel Bag with Joe Pesci. Most of these films failed at the box office and she reverted to TV work in the late 1990s.

In the 1998–99 season of Early Edition, Swanson played Erica Paget, a love interest of the main character, Gary Hobson. In 1999, Swanson played Vanessa, the girlfriend of Adam Sandler in the movie Big Daddy. In 2000, she returned to a television series, as the star of Grapevine, a revamp of a 1992 TV series that was canceled after five episodes. The same year, she starred in the successful movie Dude, Where's My Car?, alongside Ashton Kutcher, Seann William Scott and Jennifer Garner.

Swanson posed nude for Playboy magazine in November 2002 in a cover-featured pictorial. She appeared in and won the 2006 Fox television program Skating with Celebrities, partnered with Lloyd Eisler. The issue was the weakest selling issue in the magazine's history.

On May 8, 2007, Swanson appeared in the Law & Order: Criminal Intent episode "Bombshell," playing a fictionalized variation on Anna Nicole Smith.

In 2007, she became a spokesperson of the Medifast diet. In the following year, she guest-starred in three episodes of the lesbian web series 3Way.

Swanson made a cameo appearance in the "Don't You Forget About Me" episode of One Tree Hill, which aired on February 1, 2010. The episode was a homage to John Hughes as Swanson appeared in two films produced by him in the 1980s. In 2018, she was cast in the lead role in Hallmark Channel original movie Winter's Dream along with other TV projects. She also appeared in a Hallmark Christmas movie called A Christmas Wish (2011).

Swanson married her Skating with Celebrities partner Lloyd Eisler in 2009. They have one son.

Swanson is Republican. She is a supporter of Donald Trump. For supporting him, Swanson said she and fellow actor Dean Cain received death threats for taking part in Obamagate, a stage play that focused on Trump.

The contents of this page are sourced from Wikipedia article on 17 Jan 2021. The contents are available under the CC BY-SA 4.0 license.
View Kristy Swanson 's image gallery
Image Gallery 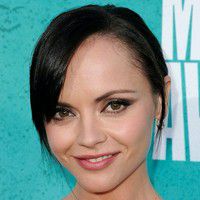