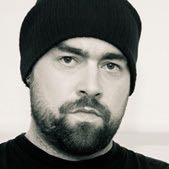 Kristoffer Rygg (9 September 1976), also known as Garm, Trickster G. Rex and recently God Head, is a heavy-metal vocalist, musician and producer known primarily for his work with Ulver and Arcturus.

Born in Oslo but raised in Cascais, Kristoffer Rygg was 16 years old when he formed Ulver, considered one of the most iconoclastic bands from the Norwegian black metal scene. He was an instrumental instigator for later subcategories such as avant-garde metal.

In addition, he was vocalist for Borknagar (1995–1997) and Arcturus (1993–2003), both of which comprise many eminent musicians from the early Norwegian black metal scene. Rygg was responsible for introducing Borknagar to the singer who replaced him, ICS Vortex, when he resigned from the band.

Kristoffer Rygg possesses a wide range of vocal textures and styles, ranging from baritone, countertenor, crooning and even black metal style screaming. He often records multiple tracks of himself to create dense male choirs on albums such as the majority of the vocals on Kveldssanger.

In 2005, Rygg collaborated with Portuguese musician/producer Daniel Cardoso in the project Head Control System. The music was described by the label as "groovy rock/metal with progressive edges and cinematic components." Their first and only full-length, entitled Murder Nature was released on 4 April 2006 through The End Records.

In recent years Rygg has been involved in freeform/improvisational project Æthenor which includes notable musicians such as Stephen O'Malley of Sunn O))), Daniel O'Sullivan of Guapo and David Tibet of Current 93. In April 2008 he played five concerts with Æthenor. It was his first time on stage in over a decade. Rygg has since participated in several mini-tours and concerts with Æthenor. Their triple residency at the Oslo jazz club Blå resulted in the much-acclaimed 4th album En Form for Blå.

In 2009, fifteen years after their only concert back in 1993, he decided to reintroduce Ulver live in concert. The first show was hosted by the Lillehammer Norwegian Literature Festival Norwegian Festival of Literature, and initiated by the late author Stig Sæterbakken. A year later, and after a series of shows around Europe, Rygg stood in front of a full house at the main stage of Oslo's National Opera & Ballet. A DVD/Blu-ray from the event was released commercially, and includes liner notes by Rygg and Sæterbakken.

Rygg owns and operates Jester Records, an underground label specializing in experimental music, including Ulver, which has since their early metal days metamorphosed into a musical composite difficult to categorize. He has acted as guest vocalist, lyricist, engineer, producer, remixer etc. for a very large list of other artists, including Alkaline Trio, Mindless Self Indulgence, Genghis Tron, Darkthrone, Mayhem, Emperor, Ihsahn, Dimmu Borgir, The Gathering, Merzbow, Carpenter Brut and Sunn O))) et al.

He is part of the studio-collective Crystal Canyon in Oslo, and has two children, Leon and Astra.

The contents of this page are sourced from Wikipedia article on 08 Apr 2020. The contents are available under the CC BY-SA 4.0 license.
View Kristoffer Rygg 's image gallery
Image Gallery 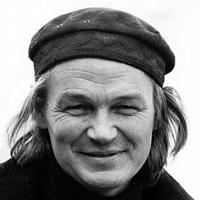