Kristin Carlson Gore (born June 5, 1977) is an American author and screenwriter. She is the second daughter of Al and Tipper Gore and the sister of Karenna Gore Schiff, Sarah and Albert III.

Gore was raised in Washington, D.C., graduated from National Cathedral School in 1995 and from Harvard University in 1999. While at Harvard, she was an editor for Harvard Lampoon. Until her senior year at Harvard, she was the only woman on the literary board of Harvard Lampoon: "I didn't know its reputation at all", she says. "It was just that the funniest people I knew at Harvard were on the Lampoon, so I looked into it and it ended up being one of the best things I did."

Gore has published three novels, Sammy's Hill (2004), Sammy's House (2007), and Sweet Jiminy (2011). She co-wrote the screenplay for the 2015 film Accidental Love, and the narration for the 2007 documentary Arctic Tale. She was also a writer for the animated sitcom Futurama and the long-running sketch comedy series Saturday Night Live.

In 1999, Gore sang backup vocals on a Diva Zappa comedy single called "When The Bell Drops" about Zappa's "hunt for someone to make out with on the Millennium". Tipper Gore played drums on the recording.

In 2013, she worked on Spike Jonze's film Her (she doesn't say in what capacity), and has written a screenplay called Racing Dreams that Lance Acord will direct. 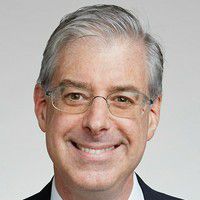