Tin's career began with a first place in a singing contest in 1993. After the competition, she was offered a contract at Asia Television which she accepted. Two years later, Tin branched into acting through ATV.

In 2003, Tin decided to end her decade long relationship with ATV. Her time with the network saw her winning two Hong Kong Film Awards for Best Actress. She then worked as a radio host at Commercial Radio Hong Kong.

Tin formerly worked for TVB until her contract with TVB expired after 16th April 2020.

The contents of this page are sourced from Wikipedia article on 01 Jun 2020. The contents are available under the CC BY-SA 4.0 license.
View Kristal Tin 's image gallery
Image Gallery 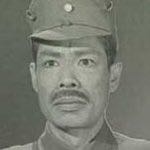