Anthony Henderson (born June 17, 1973), better known as Krayzie Bone, is an American rapper, producer, and entrepreneur. He is a member of the rap group Bone Thugs-n-Harmony

In 2001, Krayzie released Thug On Da Line, which received generally positive reviews from music critics and went gold. Amazon.com went as far as labeling it one of the best albums of 2001.

In 2006 Krayzie Bone was featured in the song "Ridin'" by Chamillionaire. "Ridin'" was awarded "Best Rap Performance by a Duo or Group" at the 49th Annual Grammy Awards. It was also nominated for Best Rap Song. It became number one in December on the Piczo Chart 3 months after its physical release. The song also topped the Billboard Hot 100 and peaked at number 2 on the UK Singles Chart when it was released there. The song ranked #3 on Rolling Stone's "100 Best Songs of 2006" and #91 on VH1's "100 Greatest Songs of Hip Hop". It was the best selling ringtone in 2006, with 3.2 million sales, certified by the RIAA as the first multi-platinum Mastertone artist in history. It was also awarded the last Best Rap Video at the MTV Video Music Awards, which was awarded in 2006.

During an April 2014 press conference, Krayzie Bone announced that the first installment of the Chasing the Devil trilogy album would be released July 22, 2014 by RBC Records. However, it was pushed back and ultimately released on November 20, 2015.

Aside from music, Krayzie Bone has since then ventured into the business world. He was a founding member of Mo Thugs Family, a collective of Cleveland-based rap and Hip-Hop musical acts. He broke apart from the group in 1999 to form ThugLine Records, or TL. He had administrated the label to fellow Bone Thugs member Wish Bone as its president and co-CEO. The group has presently reunited and continue to tour as a whole. In many videos he can be spotted wearing a chain that says TL. In 2010 the name ThugLine Records was changed to The Life Entertainment. In order to reach out to more artists and identify the best talent for the label, Conquer The Industry was developed as an internet channel to help up and coming music artists break into the music industry. As a part of his entrepreneurial drive, Krayzie Bone launched a clothing and accessory line named "TL Apparel" which is a direct tie to his music. Many of his fans support his clothing line as they joined him in the grand opening of the store in Los Angeles. 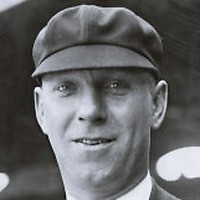