He returned to the second league in 2007 to play with FC Arsenal-Kyivshchyna Bila Tserkva, where he played for four seasons and won a promotion to the first league. In 2010, he had a stint with FC Naftovyk-Ukrnafta Okhtyrka, and won the second league title in 2011 with FC Poltava. He went across the border to Poland to sign with Hetman Żółkiewka in the III liga. He returned to Ukraine to play in the lower leagues with FC Rukh Vynnyky, and NK Veres Rivne. In 2016, he went overseas to Canada to sign with FC Ukraine United of the Canadian Soccer League. In his debut season he recorded 9 goals in 21 matches and secured a postseason berth for the club by finishing second in the standings. He featured in the quarterfinal match against Brantford Galaxy and contributed by scoring a goal in a 3-0 victory.[5]Their opponents in the next round were the Serbian White Eagles, but were eliminated from the playoffs by a 1-0 loss.[13] 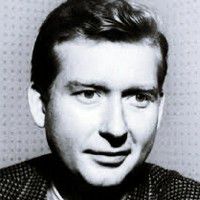