Receiving credit with the Georgy Flyorov, a physicist, to discover the spontaneous fission of uranium in 1940, he also greatly aided in Russia's atomic bomb project.

Konstantin Petrzhak was born in Łuków, Poland in Russian Empire, on 4 September 1907. Other Russian documented sources noted his birthplace in Dombrovo in Kaliningrad with same birth date. There is very little information known about his early life and started working at the age of 12 (in 1919) as a painter at a glass-making factory in Malaya Vishera in Russia to provide income to his poor family. In 1928, Petrzhak was sent to attend the trade school, Rabfak, that was affiliated with the Leningrad State University (now St. Petersburg Univ.), where he studied painting which remained his lifelong passion. Later, he used his talent in painting when he covered the plates of ionization chamber with uranium which later led to discovery of spontaneous fission. He also learned to play the music and was an amateur violinist and guitar player.

In 1934, Petrzhak found the work opportunity at the Khlopin Radium Institute located in the State University in Saint Petersburg (First Radium Institute), which was directed by Igor Kurchatov, a nuclear physicist.

Petrzhak remained associated with the Khlopin Radium Institute for the remainder of his life, and worked under the directions of Vitaly Khlopin and Igor Kurchatov where he eventually defended his thesis at the Ioffe Institute to obtain the Candidate of Sciences, titled: "study of thorium and samarium radioactivity."

The ionization chamber utilized electrodes with a total surface area of about 1000 cm. The chamber's 15 plates were covered with uranium oxide with approximate surface density of 10–20 mg/cm. The detector compared particle activity to a background level control. When the source of neutrons was taken away, the detector still found particles. The team made three ionization chambers to prove that the effect was not an error, including a more sensitive chamber with a surface area of 6000 cm. Despite the instrument's high sensitivity, cosmic rays were still a possible source of particle activity. The team moved to an underground lab in the Dinamo station of Moscow Metro (about 50 m below the earth surface) in an attempt to rule out the effects of cosmic rays. In May 1940, they were confident that they had discovered spontaneous fission. The certificate of discovery stated, "the new type of radioactivity with mother nucleus decays into two nuclei, that have kinetic energy of about 160 MeV". Later, the discovery of spontaneous fission was confirmed by Otto Robert Frisch.

In 1940, Petrzhak was recommended for the top team in the Soviet atomic bomb project. He is rumored to have participated in said project.

When the Soviet Union entered World War II, Petrzhak was eligible to serve in the Red Army. Winning the Stalin Prize would exempt him from front line service. In the early 1940s, the Academy of Sciences of USSR nominated him for the award, which he did not receive. Sources disagree on whether Petrzhak volunteered, or was drafted into the army.

Petrzhak served in the military intelligence company of a CIWS regiment first as a junior lieutenant, and later as a senior lieutenant. On 28 June 1941, he participated in the battle of Karelian Isthmus. Later, he fought in Volkhov Front. In March 1942 he was ordered to leave the army and join evacuated Radium Institute scientists in Kazan.

In 1943, Petrzhak studied neutron induced fission of uranium under the supervision of professor Piotr Lukirski. In 1944, Petrzhak proposed a method to determine the number of neutrons present during a nuclear reaction, based on the number of protons. He also participated in the development of technology to extract plutonium from irradiated uranium blocks. Jointly with M. Yakunin, Petrzhak developed methods for the radiochemical determination of plutonium, and found the mean free path of Pu-239 alpha particles. Petrzhak founded a laboratory of neutron physics and nuclear fission at the Khlopin Radium Institute in 1947. He was the head of this laboratory until 1986, when he became a part-time contractor.

Konstantin Petrzhak created an express method to detect plutonium and associated radioisotopes in samples of irradiated uranium. From 1963 to 1976, he published a series of articles on the measurement of photofission. From 1973 through 1984, he took part in measuring induced fission cross-sections of U-238, U-235 and Pu-239 when irradiated by monoenergy neutrons In 1978, Konstantin Petrzhak co-authored a paper (with Yuri Oganessian and others) about synthesis of hassium performed in Joint Institute for Nuclear Research.

Petrzhak was doktor nauk (since 1948) and a professor. He was never elected an academician or the corresponding member of any academy, but Petrzhak was a member of Nuclear Physics Department of Russian Academy of Sciences. According to SCOPUS, Konstantin Petrzhak has 59 publications with Hirsch index 6. Konstantin Petrzhak published articles on fission products from nuclear reactors until his death in 1998. He died on October 10, 1998 and was buried in Saint Petersburg.

Konstantin Petrzhak studied painting. He created paintings throughout his life. He used his skills in painting when he covered the plates of ionization chamber with uranium which later led to discovery of spontaneous fission. He was also an amateur violin and guitar player. Konstantin Petrzhak married Galina Ivanovna Mitrofanova (b. 1918), also a radiochemist.

The contents of this page are sourced from Wikipedia article on 16 Mar 2020. The contents are available under the CC BY-SA 4.0 license.
View Konstantin Petrzhak 's image gallery
Image Gallery 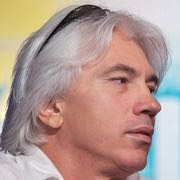 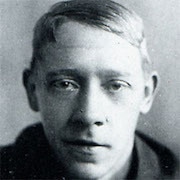 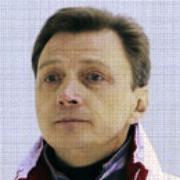