As the governor of Egypt, he served during a turbulent time and was overthrown by the local (Mamluk) beys in 1711 after a small civil war. 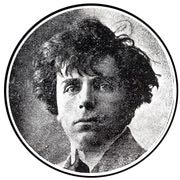